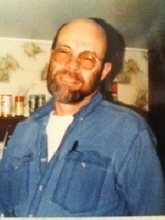 Alvin Donald Hyde Jr. 70, died at his home in Seaside on Monday, December 31, 2012.
He was born in Portland on June 1, 1942 to Alvin Donald Hyde Sr. and Nona Violet (Sanders) Hyde.
Alvin had previously lived in Cannon Beach, OR and operated Sunrise Market . He moved from the area for a while but returned to the coast to Seaside where he attended The Cove and was active in AA meetings.
Family said he loved taking long walks along the ocean, through the forest and bicycle riding. He loved animals and gardening and was always tinkering with on-going projects and and adventures. They described him as always being 'up to something'.
Alvin is preceded in death by his parents, and is survived by two daughters, Emily Lawson Hyde of Portland; Elaina Hyde of Sidney Australia; two sons, Eric Hyde of Vancouver, WA and Evan Demaris-Hyde of Portland, OR; a brother, Denny Hyde of Portland; and an aunt, Dorothy Cook of Portland.
A Celebration of Alvin's life was held Thursday, January 3, 2013 at The Cove, 240 S Roosevelt, Seaside OR
In lieu of flowers, family asks memorial contributions be made to the Clatsop County Animal Shelter.
The family would like to give a special thank you to Phil Hullunder and Theresa Hullunder for their help, support and understanding during this time, and acknowledge the assistance of The Cove in arranging the celebration of Alvin's life.
To order memorial trees or send flowers to the family in memory of Alvin D Hyde Jr., please visit our flower store.