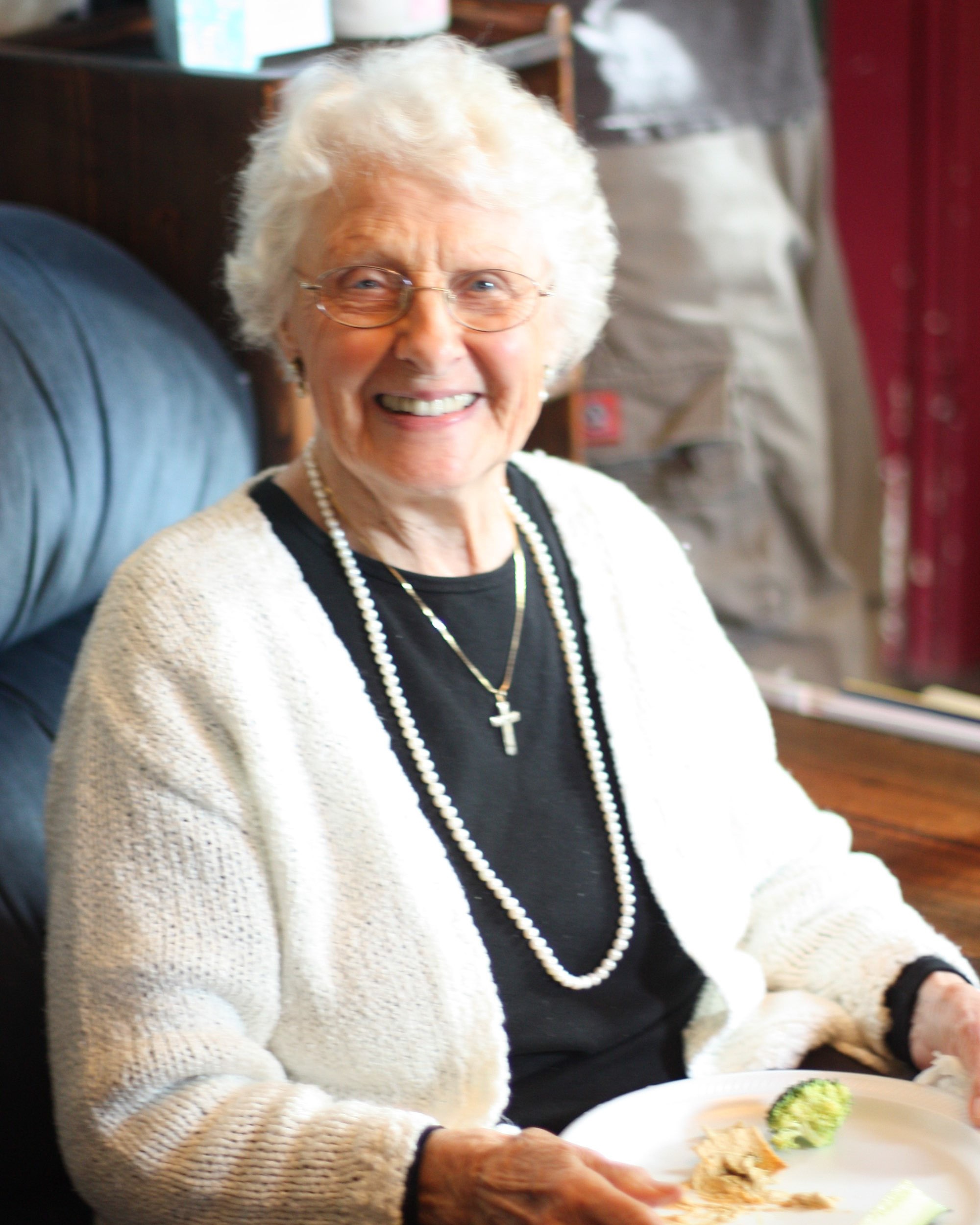 Anita Jean (Gwinner) Merrill, 94, passed peacefully sleeping January 4th, in the comfort of her home with family by her side. Born August 29, 1928 at the family's farm in Park Rose, the youngest of eight children by Lydia (Wolfe) Gwinner and Frederick Gwinner, from a strict fundamental Christian German church. She attended Park Rose High until the farm sold. They moved to Portland, where she transferred to Grant High. Once settled on Division St., her mother posted the sign "LYDIA'S ANTIQUES," sold from home. Summer 1945, Anita's Park Rose friend offered double date to meet her boyfriend's brother, home on leave from the Navy recuperating from serious active duty injuries. She met 21 yr. old A.C. "Del" Merrill. Lying about her age, (16 , turning 17 late August) she told him 18. They fell in love and married in December. Del received Medical Honorable Discharge and worked in Portland's insurance industry. 1950, with two young sons, they moved to Tiboroun, CA for Del's job in San Francisco. Anita's primary job was homemaker, wife and mother. She always had sidework; baking and selling fudge, food demonstrating at grocery stores, sales at the Tiboroun Thrift Store and Teacher's Kindergarten Aide. 1959 the family, now 6 with two daughters, moved to Phoenix, AZ. Anita worked at Goldwater's Dept. Store. She became a Cub Scout Den Mother. 1969, another move back to the Northwest, finally building their dream home on a hill overlooking Seaside. She opened "ANITA'S CORNER" antiques on Main St. in the 1980s and 90s. She was preceded in death by her husband of 64 years, parents and all brothers and sisters. She said before passing she was looking forward to being with them all again in heaven. Anita’s faith in Jesus and her family were the most important parts of her life.  Along with that, she was exceptionally literate, she excelled at word games ĺike Scrabble, Crosswords and Banana grams. She shall be remembered by all remaining family and friends as bright, loving,and generous,
with a clever sense of humor and a gift for having fun! She is survived by sons Del (Eileen), Michael (Kathy), and daughters Melinda, Kimberly (Sasha), 17 grand children and 12 great- grandchildren.
To order memorial trees or send flowers to the family in memory of Anita Jean Merrill, please visit our flower store.