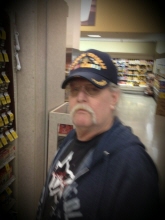 Barry Dean Gordon of Seaside, OR passed away June 20, 2014 in Portland, OR. He was 63. Barry was born February 7, 1951 in Salt Lake City, Utah to Robert Daniel and Beverly Ann (Evenson) Gordon. He attended John Paul Jones High School & Lee College. Barry served in Army in the 11th Armored Calvary Regiment in Vietnam. He was a member of the Seaside Elks Lodge & The American Legion Post 99. He is survived by a Daughter Holli Gonzalez of Hobbs, New Mexico; two brothers, Robert Gordon of Centreville, Virginia and Jeffrey Gordon of Reno, Nevada; and several cousins.