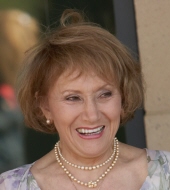 Betsy Jordan passed away May 7, 2014 in Seaside, Oregon. At her side were her three children, and her son-in-law. Betsy had two great loves in her life, the first being her birth country of Colombia. While on vacation in the coastal town of Cartagena in 1956, she met the second: Kenneth Jordan, a northwest native working in South America looking for adventure. After six months he knew he had found it, and they were married; thus began her connection to Seaside. As the couple began life together and started a family, wherever they called home - Seaside was always part of the itinerary. At first it was Bogota, then Pullman, WA, and Coalinga, CA but always Seaside for a summer visit, if only a weekend to dig for clams or walk on the beach. When they decided to retire in 1989, they left the central valley city of Bakersfield, CA to finally call Seaside home. Betsy lived by the maxim, 'you never know until you try', and this was a remark she made frequently when she was confronted with even a seemingly insurmountable problem, whether in business or life. She had a determination to press forward toward her goals, which led someone who had known Betsy in recent years to comment shortly before her death, "She lived fiercely". These two defining characteristics of her personality made Betsy a powerful advocate, particularly for those with little understanding of the resources available to help them, or whose minimal grasp of the English language made life's challenges that much more daunting. During most of her life, Betsy was involved in some type of activity directed toward helping the young or the needy. As a young adult in Colombia she was part of a volunteer group that provided social and professional services to families in the poorer residential areas of Bogota. In Bakersfield, CA she was a volunteer for the Kern County Department of Human Services, and provided counseling and transportation for adolescents from foster homes to the courts, welfare recipients, and families and women dealing with domestic violence. She worked with Hispanic juveniles at the County Detention Facility, and served as a liaison to their families. In Clatsop County, Betsy earned an Associate of Arts degree in Criminal Justice at CCC, and worked as a language interpreter in the local court system, at times involved in every aspect of court procedures from arrest to final disposition of a case. Betsy took training in Drug and Alcohol Abuse education, and worked with the Clatsop County Mental Health Dept. in various roles. She initiated the first Hispanic AA and Al-Anon chapters in the county, and developed a Spanish language Traffic Infraction Program which prepared participants to be aware of the rules, regulations, and defensive driving skills necessary to obtain and keep a driver's license. In 2006, Betsy was preceded in death by her husband of 49 years, Ken Jordan. She is survived by daughter Colleen Jordan Hallinan and her husband Paul of San Carlos, CA; son Phillip Jordan and his wife Debra of Santa Barbara, CA , and four grandchildren: William, Christian, Max, and Lexie Jordan; son Lawrence Jordan of Astoria; and sister Nury Hernandez and her husband Antonio Marti of Bogota, Colombia. A mass is planned for Saturday June 28, 2014 at Our Lady of Victory Catholic Church in Seaside 8:00 AM and a celebration of life on Sunday June 29, 2014 from 2:00 to 5:00 PM at the Seaside Golf Club. Hughes-Ransom Mortuary in Seaside is in charge of arrangements. Visit www.hughes-Ransom.com to leave condolences and sign the guest book.
To order memorial trees or send flowers to the family in memory of Betsy Luisa Jordan, please visit our flower store.