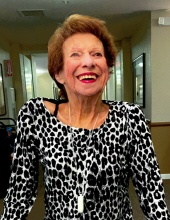 Betty Jane Olvey was born in Astoria, OR to Richard and Elsie (Strom) Olson October 27, 1928. She spent her life as a native to Astoria until her passing June 30, 2022 at the age of 93.
Betty's school years were spent in Clatsop County where she attended Chadwell School from first through sixth grade, while the remainder of her school years were spent in Astoria. Betty worked many different jobs in her life. As a young woman she worked at Fort Stevens during WWII, later followed by the flour mill, two local laundries, and various canneries. She then went to work as a filleter at Astoria Seafood in 1958, and retired after 35 years. During her working years Betty was a Senior Regent for the Moose Lodge, and member of the Cannery Union. However, her favorite title was "Cookie Grandma," given to her by her grandchildren for the delicious cookies she always had on hand. In Betty's free time she enjoyed dancing, especially to live music, spending time with friends and family and working in her garden. Betty enjoyed talking to people from all walks of life, and was well known for speaking her mind. Many family meals and holidays were spent in the Olvey home, which she cooked herself until she was 91 years old. The most famous of all these meals was her Prime Rib Christmas Dinner.
On August 1, 1947 Betty was married to Gordon Olvey and together they had 5 children. Betty is survived by her children Leroy Olvey of Astoria, Sonja Fleming (Gerald) of Ohio, and Terri Cagwin (Mike) of Astoria; brothers Larry Telen of Astoria, and Vern Telen (Diane) of Hillsboro; nephews Jeff Telen (Tracy) and Steve Telen, both of Astoria; nieces Barbara Hall (Mike) of Beaverton, and Marian Bragdon (Bob) of Hillsboro; and many grandchildren, great grandchildren and great-great-grandchildren. Betty was widowed in 1992, and also preceded in death by her daughters Cindy Smith and Lynnie Hayner; her parents, and sister in law, Shirley Telen. Betty will be laid rest at Greenwood Cemetery with her family, She requested no services to be held. Her beautiful smile and feisty personality will be remembered by her loved ones. The family would like to thank the staff and residents of Astor Place for their care over the last year.

To order memorial trees or send flowers to the family in memory of Betty Olvey, please visit our flower store.