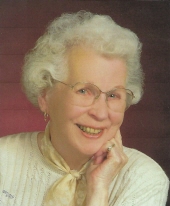 Our beloved Beverly Aspmo passed away at the age of 95 on June 30th, 2018, with her family present. Until the end she was a woman of grace and loving concern for family and friends. Beverly was born to Lillian and Axel Niemi in Astoria, Oregon, where she resided all of her life except for a brief period in the 1930s when she resided in Santa Barbara, California. She did revisit Santa Barbara with her daughter and a few lady friends to celebrate her 80th birthday. Following high school graduation, May 1941, she was employed as a bookkeeper for the Lewis & Clark Seed Company. She married Edsell Aspmo in January of 1942, and they celebrated their 50th wedding anniversary just a few months before Edsells passing in late February of 1992. The couple loved to dance and met at the Hammond Dance Hall. She spent most of her life as a homemaker to her family and a bookkeeper for her husbands logging company. Beverly spoke of being "privileged" to christen a minesweeper, the USS YMS 138, at AMCCO Shipyard on April 17, 1943, during the Second World War. Beverly was an active member of the First United Methodist Church and also volunteered at the Flavel House in Astoria for over 20 years. She loved to travel, read, play Skippo weekly, and to spend time with her longtime friends, children, and grandchildren. In addition, she was an avid golfer in her younger years. Beverly is survived by her son, Gary (Joyce) Aspmo of Astoria and grandsons, Chris and David as well as daughter Randy Kaye (Bob) Graves of Camas, Washington, grandson Sean (Jodi) and granddaughter Nikki (Jason Goebel). She also has two great-granddaughters, Adeline Goebel (4) and Remy Ann Graves (16 months). Bev is survived by her sister Pat (Jack) Niemi. Her two brothers, Russell and Jerry, are deceased. A memorial service will be held on Friday, July 6th at 11:00 a.m. at the First United Methodist Church in Astoria followed by a reception. Graveside services for family and friends will then be held at Ocean View Cemetery in Warrenton, Oregon. Memorial donations may be made to Lower Columbia Hospice-Columbia Memorial Hospital or the First United Methodist Church. Funeral arrangements are in the care of Hughes-Ransom Mortuary & Crematory, Astoria. www.hughes-ransom.com