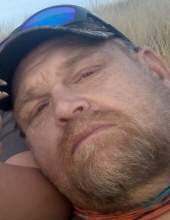 Calvin Wayne Farley of Seaside, Oregon passed away suddenly on December 23rd, 2020 at Providence Seaside Hospital. He was born September 7, 1965 in Eau Claire, Wisconsin, the son of Carl and Sharon (Christianson) Farley. He was unite in marriage to Halena Lynn Brooks on February 10, 2007 in Rice Lake, Wisconsin.

Calvin grew up with a passion for cars and began working on them with his dad at his body shop while in high school. Calvin enjoyed snowmobiles and racing them competitively around Northern Wisconsin. Calvin traveled to Florida after high school where he worked as an auto body repairman before returning to Wisconsin in the mid 1990’s to take over his dad’s auto repair shop. In early 2000, Calvin moved to Montana where he met his beloved Halena and her two beautiful children before moving back to Wisconsin in 2006. He joined Halena in marriage and soon welcomed two beautiful daughters into his growing family. Calvin continued to work on cars in the Chetek and Ladysmith area until he moved to Oregon in 2020.