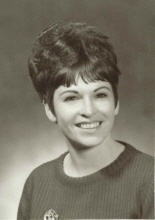 Carol Diana Barth passed away quietly at home on Sunday, December 10, 2017. She had celebrated her 82nd birthday on December 8 with children, grandchildren and great-grandchildren in attendance. Carol Diana Maas was born on December 8, 1935 to Frank and Frankie Maas in Villa Park, Illinois, a suburb of Chicago. She graduated from high school there. On October 1, 1955, she married William Clark. The couple lived in Washington State and had three children. They divorced in 1970 and Carol pursued and obtained a Bachelor of Arts degree from Pacific Lutheran University. She taught school, briefly, in Washington and then moved to the Astoria area in 1972 where she was employed teaching Art and French at Knappa High School. In June of 1975, she married Vern Barth of Astoria. They remained married until his death in August of 2012. During their marriage, Carol continued her teaching career at Astoria High School, first as a substitute, then as a full-time Spanish teacher. She also obtained her Masters degree from the University of Oregon during that time. She retired from the Astoria school district in 1997. Carol was active in the community, working with various North Coast groups and projects. She was a member of the American Association of University Women (AAUW), the National Education Association, Oregon Education Association and the Moose Lodge. She was an avid traveler and photographer and a talented artist, who was skilled in drawing, painting, sculpting and working with clay. She participated in local art exhibits and had works displayed at a number of venues in the area. Carol is survived by her two daughters, Leanna Glover of Astoria, and Maria Yankus of Prineville, and by her son, Marcus Clark of Colorado. Her only sibling, Robert Maas of Colorado, passed away several years ago. She is also survived by her sons-in-law, Don Glover and Alan Yankus, and by nine grandchildren and fourteen great-grandchildren. A funeral service to remember and honor Carols life will be held on December 16, 2017 at 2:00 pm at Hughes-Ransom Mortuary, 576 12th Street, Astoria. Donations in Carols memory may be made to the Astoria Moose Lodge, 420 17th Street, Astoria 97103.