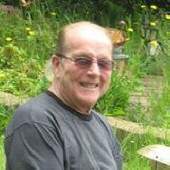 Charles L. Meadows Sr., 81, of Knappa, died Mon. Dec. 2, 2015 at OHSU in Portland, Or. Private Family Graveside Services have been held at Ocean View Cemetery in Warrenton, Or. Charles L. Meadows Sr. was born Sept. 30, 1934 in Longview, Wa. to Leo Valgene and Louise V. Stevens Meadows. He attended Knappa Schools until he enlisted into the US Air Force on Oct. 12, 1952 where he served until his honorable discharge on May 20, 1966. Charles was united in marriage to Maria Virginia Sanchez on July 18, 1953 in Cheyenne, Wy. Together they raised four children and shared many years of life together. Charles began working in the body and fender industry in 1966 with his mentor, Oren Tweet of Westport, Or. He left the automotive industry in 1983 to operate his own business for about a year. In 1984 he began working at the Wauna Mill having later retired in 1994. Among his personal interests he loved to travel the back roads for the scenic beauty. He and Virginia looked forward to the many family camping trips. They had wonderful family BBQs. He built many birdhouses, flower boxes and holiday lawn decorations. He was always up for a challenge and when things didn't turn out as he expected he always had a backup plan to "Improvise". It was his motto and he never gave up until it worked. Charles was a loyal fan of Knappa Logger Basketball and would go to every game. He was a hard worker and a family man who will be missed by his family and friends. He was preceded in death by his sister Novella LaVerne Littke. Survivors include Cheri Geisler, (Monty) of Knappa, Charles Meadows Jr. (Jill) of Clatskanie, Steven Meadows Sr. (Lynette) of Longview, Susan Gribbin (Mike) of Knappa, brother, David Colwell McCauley of Knappa. He was blessed with twelve grandchildren and twenty-eight great grandchildren.