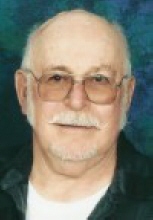 Clarence Phillips, 75, of Svensen, died Saturday, Nov. 3, 2012, in Astoria. He was born June 17, 1937, in Lerose, Ky., to George H. and Malissia (Noble) Phillips.
Clarence served in the U.S. Army. He married Claudia Hardy. They later divorced. She preceded him in death For more than 40 years, Mr. Phillips worked in the timber industry, where he was well known and respected as a timber faller. He retired in 1998.
He was a former member of the American Legion and Moose Lodge.
Family members said he enjoyed hunting, fishing, growing vegetables, camping, watching local high school sports, and could usually be found visiting one of his friends with one of his beloved dogs in the back of his truck.
He is survived by his significant other of 43 years, Janis Hebert, of Svensen; three sons and a daughter-in-law, Mel Hebert of Svensen and Michael and Donna Phillips and Ronald Phillips, all of Centralia, Wash.; a daughter and son-in-law, Cathy and Don Smith of Rochester, Wash.; nine grandchildren, Brad, Scott and Mike Phillips of Centralia, Jacob Phillips of LaCrosse Wash., Alicia Siler of Cloverdale, Rachel and Dawnell Smith of Rochester, Wash., and Rusty and Leslie Hebert of Svensen; and numerous nieces, nephews and great-grandchildren.
Clarence was preceded in death by three brothers, George H. Phillips Jr. and Charles and Orrin Phillips; two sisters, Anna Haasl and Juanita Poole; and a granddaughter, Stacy Smith.
A gathering of friends and family for a potluck and memory-sharing will take place at 1pm, Saturday, Jan 26, at the Big Creek Fishing Club, 92878 Waterhouse Road in Knappa (turn between the store & Loggers Restaurant). watch for signs
Memorial contributions may be made to the Knappa Sports Foundation, in care of Knappa High School, 41535 Old Highway 30, Knappa, OR 97103, or charity of ones choice.
To order memorial trees or send flowers to the family in memory of Clarence Ray Phillips, please visit our flower store.