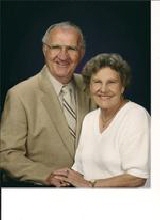 Clemet Bernt Paulsen was born in Oslo, Norway, the youngest of seven children. He got all his education in Norway and graduated as a Forester.
In 1940 he volunteered to fight the German invasion of his country. During the five years of occupation, he spent most of his time in schools and in the forest. After WWII, he served in The Royal Kings Guard.
In 1947, he married Liv Thorsrud in Porsgrunn, Norway. The two of them emigrated to the USA in 1949. Clemet worked in the lumber business in Longview, Washington and Chico, California. In 1954, they went back to Norway, but returned to the USA and Seaside, Oregon in 1956. Mr. Paulsen was employed by Crown Zellerbach Corp for 26 years as Contract Logging Supervisor and Forest Manager. He retired in 1982.
Mr. Paulsen was active in the Clatsop Safety Council for several years. He was a past Exalted Ruler and life member of the Seaside Elks, Lodge #1748. He was a member of Our Savior Lutheran Church in Seaside and The Sons of Norway. Between 1962 & 1965, he was a member of the Seaside Police Department Reserve of which, two years as Captain.
Mr. Paulsen loved skiing, golfing, dancing, travel and working in his yard. Mr. Paulsen with his wife Liv, visited Norway and other European countries several times over the years.
He is survived by his wife, Liv Paulsen of Seaside, his daughter Julie E. Hitchman of Seaside and a son Harold C. Paulsen of Eugene, Oregon. Three granddaughters and one grandson, one daughter in-law and two step granddaughters, sisters and several nephews and nieces in Norway. He also had a son, Peter F. Paulsen who died in 1987.
"Beautiful Savior" + "Handel Largo"
Mom and Dad survived through Nazi occupied Norway during WWII. My family has told me many horrific stories of what went on during that time.
They came to America from Norway on the Queen Mary Ocean Liner in 1947 for their honeymoon. When they returned to Norway, they decided to emigrate to America. My sister Julie, myself and my younger brother Peter, were all born in America as naturalized citizens.
Our parents raised us the way they were raised, with great pride in our Norwegian heritage high morals, honesty and close family relationships. We were raised to be proud of who we are, we are Paulsens.
I remember Dad telling me to always be on my best behavior because we are foreigners in this country and we want the Paulsens to be known as hard working, honest and respected citizens of this country.
My father was a very proud man. He worked hard and Mom and Dad made a wonderful life and home for all of our family. They saved their money the old fashioned way with discipline more than investments like today. When I was growing up in Seaside, to live up on Sunset Heights was where people in Seaside aspired to live. Mom and Dad achieved that dream. After retirement they traveled to many different places in Europe and took several Caribbean cruises and through the Panama Canal.
My dad is very well known and a highly respected member of this community. He worked 26 years for Crown Zellerbach Timber Company and retired in 1982. For many years he was a member of the Seaside Police Department Reserve. He also was a Past Exhaulted Ruler and life member of the Seaside Elks Lodge #1748.
As I was growing up, the main thing that was important to me was not to tarnish how my father felt about me because that would be the ultimate shame to me.
I love and honor my father above all else.
Harold Paulsen
To order memorial trees or send flowers to the family in memory of Clemet Bernt Paulsen, please visit our flower store.