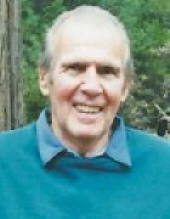 Clifford H. "Cliff" White, 84, of Warrenton, died Tuesday, Nov. 20, 2012, at home.
He was born Aug. 13, 1928, in Seattle, to Otis J. and Opal Margie (Rayburn) White.
He attended Shattuck Grade School in Portland, and graduated from Detroit High School in 1946. During high school, he was a lookout ranger for the U.S. Forest Service.
He attended the University of Oregon.
For five years, he served in the U.S. Air Force.
Mr. White worked for the U.S. Postal Service. He also worked as a typesetter for The Oregonian newspaper. After moving to California, he worked for the Contra Costa Times for 30 years, starting as a typesetter, and became the composing room manager. He retired in 1994.
He was a member of Coastline Christian Fellowship.
Family members said he enjoyed playing golf and was a basketball fan.
He is survived by two daughters, Lorraine Moore of Yuba City, Calif., and Cynthia Giles of Warrenton; two sons, Gerald White of Placerville, Calif., and Steven White of Camano Island, Wash.; six grandchildren, Sarah Moore, Eric Dennis, Sean Dennis, Cecilia Giles, Marcus Giles and Roman Giles; and four great-grandchildren.
He was preceded in death by two brothers, Stanley and Eldon White; and a sister, Marlene Budlong.
A memorial will be held at 1 p.m. Saturday, Dec. 1, at Coastline Christian Fellowship, 89386 State Highway 202 in Astoria. A reception will follow.
To order memorial trees or send flowers to the family in memory of Clifford H White, please visit our flower store.