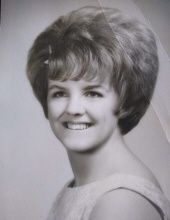 Lyons, Connie Gail (Smalley) Lyons, 75, died peacefully at her home in Warrenton on July 19, 202, after an extended illness.

Connie was born to Patricia and George Smalley on December 17, 1945 in Astoria, Oregon at Saint Mary’s Hospital. At the time, her family lived at the Foley Creek Salmon Hatchery.

Since her father was an employee of the Oregon State Fish Commission, Connie lived on salmon hatcheries around the state since she was “a small fry.” The hatcheries included Bonneville, Spring Creek at Camp Sherman, Fall Creek at Alsea and Klaskanine at Olney. It should be no surprise that one of her first jobs was Fish (salmon) Fin Clipping. She was appreciated for both her speed and accuracy.

Connie and Oliver met on a blind double-date arranged by a friend of Oliver’s. To his surprise and delight, his “blind date” was Connie Smalley. He had first noticed, and been attracted to her at an Astoria Fisherman’s basketball game when he saw her in the bleachers across the basketball court. She wasn’t an easy catch. The rest, as they say, was history.

They married on April 22, 1964. Later, on February 25, 1966, prior to Ollie’s first deployment, celebrated with a church wedding at St. Mary’s Catholic Church in Astoria. Throughout their marriage they celebrated both dates.

Connie attended elementary schools in Nehalem, Camp Sherman and Waldport. She started high school at Waldport and transferred to Astoria High School as a senior. Connie and Oliver were married during her senior year at Astoria High School. Married students were forbidden to attend, so Connie transferred to, and graduated from Seaside High School. Connie, the AHS Fisherman became a SHS Seagull. Later she would bring her wisdom and life skills to Tongue Point Job Corps as a Residential Counselor.

While at Astoria High School, Connie was chosen Powderpuff Football Queen. Her younger brother Hal suggests that she was a natural and had trained for this honor as a middle child by keeping both him and her older brother, Chuck in line. They had the bruises to prove it.

All her life, Connie loved to dance. She was a natural. It probably dates back to family gatherings at Lake Isabella near Shelton. Of her mother Patricia (Lippert) Smalley’s 16 siblings, the annual summer gathering would include a dozen with their families. There were dozens of cousins and after spending the days in the lake, swimming and water skiing, they would gather at the Community Dance Hall where the jukebox played continually, without being fed quarters. Later, when the family was in Independence staying at Grandma (BessieMae) and Grandpa (Henry Charles) Smalley’s house picking strawberries and green beans for money for school clothes, she and her younger brother won a local dance contest. After she and Ollie were married, they would go out dancing as many as five nights a week at the American Legions in Astoria and Seaside. The music of Elvis and Garth Brooks were favorites of hers.

Connie’s oldest and youngest boys, James and Keith, were born in Astoria. Robert was born in Killeen, Texas, while Ollie was in the army stationed at Fort Hood, Texas.

During their 57 years of marriage, Connie and Oliver lived in a variety of places, but her “homeland” remained Astoria, even though she and their family were “deployed” with Ollie everywhere except Vietnam. Ollie’s career in the Army took them to Fort Hood, Texas, Fort Lewis, Washington, Fort Benning, Georgia and Nuremberg, Germany. Always involved in her boys’ sports’ activities, she served as President of Youth Sports at Fort Benning and coached football in Germany as well. Reminiscing about places they had lived, Ollie included Grandma and Grandpa Smalley’s house in Seaside and one at the top of the hill in Astoria where the rent was a whopping $72 a month.

One of their more recent adventures started in 1999 when they sold their home, bought a motorhome, and spent five years having new adventures “on the road.” A highlight of their travels was prospecting for gold. The favorite panning spot was Champion’s Creek out of Cottage Grove. Connie said it was “the prettiest gold” and had her pretty gold nuggets and flakes made into jewelry for family and friends.

When asked if she used a computer, Connie’s quick answer was “yes.” The answer to “For what?” was “BINGO and Solitaire.” At that time, because of her health, it wasn’t possible to visit her two favorite casinos, Spirit Mountain and Chinook Winds, but she still loved gambling. Her luck the first time and subsequently, kept her going back for more. She was a BINGO big winner more than once. Birthdays were always an occasion to visit a casino. Ollie says she won more than she lost. Once she even signed her son up for a drawing - he won a truck!

Connie Gail Lyons truly lived life to the fullest, enjoying every day, even when experiencing the serious health challenges she faced in the last years of her life. She and her medical professionals had different ideas about how long she would live. Connie chose “MORE”. She and Oliver continued to celebrate the “occasions” and the small things like a road trip to Sizzler in Longview. She loved life. Connie lived and loved to the fullest. She especially loved Ollie, her husband, her children and her grandchildren.

Connie’s youngest son Keith shared his experience and perspective about Connie Gail (Smalley) Lyons’ passing. “The Universe received a powerful burst of its energy back in the early morning hours today. (7/19/2021) Mom was a beautiful, self-sacrificing wife, mother of three and grandmother of eight. She had incredible patience and an abundance of love to share. Trust me, we tested it plenty. ‘Hope you are dancing in the stars Mom. Love you so much.”

Saturday, August 14, from 1-3 p.m. a Celebration of life for family and friends will be held at Warrenton Community Center in Warrenton.

Messages for the family may be sent to Oliver Lyons, 126 NW Date Avenue, Warrenton, Oregon 97146.
To order memorial trees or send flowers to the family in memory of Connie Gail Lyons, please visit our flower store.