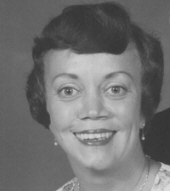 Corrine Osterlund Vinciguerra
June 13, 1940 - May 5, 2013
Born to Wayne (Butch) and Elsie (Ness) Osterlund in Astoria, Oregon.
She attended school at John Jacob Astor and Capt. Robert Gray Elementary Schools and graduated from Astoria High School with the Class of 1958. In her youth she was active in sports and particularly fast pitch softball. The womens team was fairly unusual in that there were very few athletic teams available to girls or women at the time.
She worked at Bumble Bee Seafoods cannery and the Astoria Police Department prior to attending Oregon State University. After one year of college she married Ron Adams. She and Ron lived first in Klamath Falls and then Portland. She worked for North Pacific Lumber Company. Corrine and Rons sons, Mark and Scott Adams were born in 1965. After the sons started school Corrine began working for Portland Community College and worked at PCC Rock Creek until her retirement. Corrine married Bill Vinciguerra and moved to Sherwood, Oregon.
After retirement, Corrine and Bill moved to Warrenton. Corrine began volunteering with the students in the SMART reading program. She also volunteered on a regular basis at the Astoria Senior Center with their Loaves and Fishes program. She was also a member of their Board. She and Bill spent several years as square dancers. She enjoyed working in her garden especially her roses. She was an avid reader and loved animals.
Predeceasing Corrine were her parents, Wayne and Elsie Osterlund; her sister, Sandra Osterlund Pittman and her husband, Bill Vinciguerra. Surviving are her sons, Mark and Scott Adams; her siblings Carol (Ralph) Brown and Jack (Cindy) Osterlund; nieces, Laurie (Mike) Saunders, Anne Osterlund and Tracey (Shane) Hanrahan and nephew, Daryle (Gretchen) Brown and great-nephew, Kyle Brown; great-nieces Megan Brown and Olivia Saunders and many extended family and friends.
The family would honor Corrine wishes and request that contributions be sent to the Astoria Loaves and Fishes program.
To order memorial trees or send flowers to the family in memory of Corrine Diane Vinciguerra, please visit our flower store.