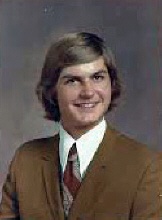 Courtney Drake Ostlund 58. Passed Away peacefully at his home in Astoria. Courtney was born February 22 1957 to Lt. Col. Donald Paul Ostlund and Cynthia Qualey Ostlund is Camp Pendeton CA. As a young teen he went overseas with his dad to Japan twice. In high school he restored a 1957 Mercedes where he first developed his enthusiasm for cars. He then Moved to Reno NV where he learned to make Jewelry, most notably for the WWF championship belt buckle. He eventually moved back to Astoria OR where he got back into his love of cars, as an avid car salesman he was able to make a lot of friends including his wife Brita, Married on Feb 26 2006. He is survived by his wife Brita Ostlund, son William Ostlund. He was preceded in death by his two brother's Doug and Greg and his parents. Celebration of life is on June 13, 2015 at 3:00 P.M. at Hughes-Ransom Mortuary Astoria,
To order memorial trees or send flowers to the family in memory of Courtney Drake Ostlund, please visit our flower store.