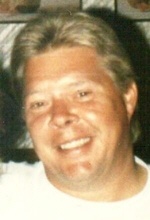 Dale Adolf Simila, 62, left his earthly life on December 7th, 2013, in Portland, Oregon. Dale was born August 4, 1951, in Portland, Oregon, to Eleonora and Toivo Simila. He graduated from Benson Tech High School in 1969, and attended Portland Bible College. There he received a diploma in theology. During that time he met Jacqueline White, and they were married on July 1st, 1972, in Corbett, Oregon. In 1973, Dale enrolled in an apprenticeship program through the Ore-WA Carpenters Union, and became a journeyman carpenter. In 1983, Dale and Jackie moved to Seaside, Oregon, where they raised their three children. Dale continued his career in construction as well as owning a used car lot. He owned and operated "Uncle Dale's Auto sales" for two years. He was an avid fisherman and spent many hours fishing on the Necanicum River. His other interests included surfing, hunting, reading, horticulture, and renovating the 100 year old farmhouse they lived in. Dale also helped coach soccer for LYCSA and baseball for Seaside Kids for several years. In his later years Dale enjoyed traveling to Mexico and dreamt of retiring in Central America. Dale is survived by his wife Jackie Simila and his children: Ashlan and wife Jennifer North-Simila; Hilary Simila; and Justin Simila (all residing in Seaside, Oregon); three grandchildren: Shelbee North, Alexis Doyle, and Fiona Scoggins; six siblings: Adrian, Eric, his twin brother Don, Marie Petterson, Keith, and Fred (Simila). A celebration of life will be held at Cannon Beach Community Church, 132 East Washington, Cannon Beach, Oregon on Saturday, January 11th, 2013, at 2:00 p.m. Reception to follow in the fellowship hall. In lieu of flowers, memorial contributions may be made to Seaside Fire Department, 150 South Lincoln Street, Seaside, OR; or South Clatsop county food bank, 880 Ave. A, Seaside, OR. (503) 738-9800.