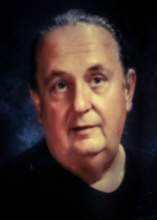 Daniel Walter Sass was born in Des Plaines, Illinois on May 4th, 1944 to Walter & Mathilda Sass. As Daniel grew he helped his parents on the family farm where his parents successfully made a living growing and harvesting onions and horseradishes. All of Daniels education took place at Lutheran schools. When he reached high school he developed an interest in music. After graduation he went on to attend St. Olaf College in Northfield, MN. It was here that he began piano and voice studies. It didnt take long for Daniel to develop enough proficiency to become a soloist with the world famous St. Olaf Choir. He continued his music education at Milliken University in Decatur, IL where he went on to receive a Masters Degree in Music. Daniels passion for music translated into his chosen profession as a music teacher. His ability and discipline allowed him to teach music to all levels, which he did at schools in the states of Minnesota, Wisconsin, New Mexico, ending in El Paso, TX. While in NM he founded the New Mexico Children's Choir and the El Paso Children's Choir. He was a lifelong Lutheran and member of the American Choral Director's Association. He was very pleased to have served as choir director to the Center Chapel 1 at Ft. Bliss, TX. and within the past 9 years he provided music for services to the Ocean Park Lutheran church, Naselle Lutheran church, and the Chinook Lutheran church. Daniel was a gifted and very talented teacher with a quick wit which could create original challenges as part of his curriculum to challenge and inspire his students. Daniels enormously kind and warm disposition complemented his teaching style, making it possible to teach to impart his knowledge and love for music to so many others who are his legacy to the world and future generations. Daniel died at his home in Ilwaco on the morning of September 25, 2018 at the age of 74. Dan is survived by his loving wife Leanne, his son Jesus, his daughters Ana (Steven) Balka, Emilie Sass, his sisters Diana (Richard) Mehlhop, Dolores (Douglas) Rood, granddaughter Sophie Scoggins, and numerous extended family members. Daniel's funeral service will be held on Saturday Oct 6, 2018 at 2pm at the Chinook Lutheran church at 767 Hwy.101 Chinook, WA.98614. The family requesting in lieu of flowers to please make memorial donations in his name to the Evangelical Lutheran church of Chinook music fund. He would be very pleased. Funeral arrangements in the care of Hughes-Ransom Mortuary & Crematory, Astoria, OR. www.hughes-ransom.com & www.facebook.com/hughesransommortuary