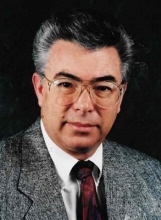 July 31, 1943 Jan. 3, 2017 Danniell (Dann) Ardus Pickell, 73, passed away Jan. 3, 2017, at his home in Warrenton, Oregon, after his battle with cancer. Dann's greatest joy in his life was his family. They created many wonderful memories. He leaves his wife, Sue; daughter and son-in-law, Devinee and Rick Martin; son, Danny Pickell; stepson, James Folk; stepdaughter and son-in-law, Marci and Mark Utti; and grandchildren, Bryson and Kelsey Martin, Aaron Pickell and Emma, McKenzie, Alli and Maddi Utti. Preceding him in death were his parents, Marjorie and William Pickell, two people who gave him his great love for the outdoors, music, singing and dance. Dann began his life in Culver City, California, with his younger years spent in Gresham, Oregon, and then moving to Seaside to finish his high school years. Upon graduation, he joined the U.S. Army. He was stationed at Fort Ord, California, and Fort Leonard, Missouri, finishing his military service in the National Guard at Camp Rilea. In 1964, he married Sharon McVey and they had two children, Devinee and Danny, the pride and joy of his life. Dann loved adventure and the outdoors, including boating, flying, fishing, hunting, cars and riding his Harley. Most of all, he enjoyed sharing with his friends and family. Dann always said he was "jack of all trades, master of none." He prided himself at doing the best at whatever the job was. His last 30 years were spent in the real estate world, where he and his wife of 29 years, Sue, were known as the Pickell Team. He began his passion of helping people make their dreams come true at Pete Anderson Real Estate, and ended with ReMax River and Sea. The ReMax family gave him joy in his career, but the support and encouragement were more important during the last several months, and it meant so much to him. Over the years Dann was involved with many community and civic organizations, which reflected his love for people, including the Rotary (Paul Harris Fellowship Award), Seaside Volunteer Fire Department, Seaside Chamber of Commerce, Seaside Civic and Convention Center, Seaside Kids, American Legion, ABATE, and Lighthouse Christian Church, which gave him his belief and faith to fight his cancer battle. He loved his church family, and the Tuesday Night Bible Study, where he spent time with his buddies. Dann's friends and family meant so much to him, and he was always thankful of how each and every one of them greatly enhanced his life. Join us Saturday, Jan. 7, 2017, at the Lighthouse Christian Church, 88786 Dellmoor Loop in Warrenton, Oregon, at 2 p.m. Thank you for visiting Hughes-Ransom Mortuary & Crematory at hughes-ransom.com to share memories and sign the guest book.