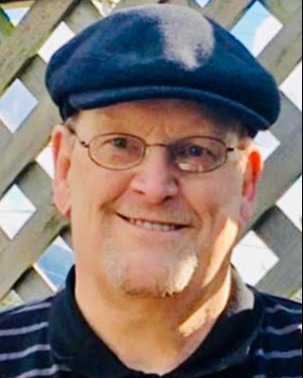 In the early morning of January 10, David Rainey peacefully passed away at home with his loving wife of
50 years by his side.
David was born in Coeur d’Alene, Idaho to Eldon and Lillav Rainey and was the youngest of three
children who were all raised in Spokane, Washington.
After graduating from University High School, he served in Vietnam from 1970-1971. Upon his
Honorable Discharge from the Army’s 101 st Airborne, he received his RRT degree in Respiratory Therapy
from Spokane Community College.
He married Patricia Rainey (Bunday) in 1972 and in 1974 they moved to Astoria, Oregon where he
worked as a therapist. In 1975 they were transferred to Williston, North Dakota where he launched a
Respiratory Therapy Department. In 1976, they were transferred to Seaside, Oregon where he again
launched a Respiratory Department with Providence Seaside Hospital, later transitioning to PR and
manager of educational programs prior to his retirement in 2008.
David loved football (especially Seahawks and University of Oregon games). He was an avid reader and
history buff, however time with his family is what he cherished most in life. His family was complicit in
feeding his fascination with anything that illuminated, and his grandchildren have inherited a soft spot
for this same interest, which always makes them think fondly of Papa.
David served as a Point Man (dog handler) in Vietnam and was dropped into troops to walk ahead of
them with his dog, King. Because of his experience in Vietnam, he spent the rest of his days with great
compassion and empathy for all veterans.
David is preceded in death by his parents, Eldon and Lillav Rainey (Floyd), and his brother, Gerald
Rainey. His sister Janell Krogel survives him. He is also survived by his wife, Patricia Rainey (Bunday) of
Seaside, Oregon and their two sons: Kelly and his wife Heather Rainey (Seeborg) of Hillsboro, Oregon,
and their children Emily (married to Tabor Fessenden) and Dylan; Kevin and his wife Jessica Rainey
(Jones) of Seaside, Oregon, and their children Patrick and Logan. He is also survived by many nieces and
nephews and other extended family members.
His grandchildren will greatly miss their Papa, with his gentle loving presence and fun sense of humor.
His life was precious to all of us and we will forever cherish our memories with him.
In lieu of flowers, donations in David’s honor may be made to one of his favorite charities:
The Wounded Warrior Project