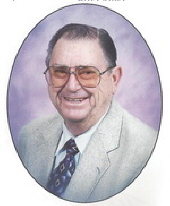 Donald Eugene Holts faith became sight on March 23, 2013. He was 86 and a resident of Seaside, Oregon. Don was born to Winnifred Lindell and Guy Donald Holt in Spokane, Washington, on February 25, 1927. Don left high-school to join the Navy in 1945 and served as a radar technician until 1946 on the USS Point Cruz, part of the US Pacific Fleet. He was honorably discharged and returned to Spokane to finish high-school. Don met Maxine Nelson while working for her father and they were married in 1950. While in Spokane, Don worked as manager of the Montgomery Ward automotive department. In 1953 they moved to Seaside where he worked as a logger prior to opening Dons Union 76 Station in 1955. Dons Union grew into a thriving business until his retirement in 1995. Don served for 10 years on the Seaside Police Reserves and was also a member of the Seaside planning committee.
Don and Maxine have been members of North Coast Family Fellowship (previously Seaside First Baptist Church) since 1955, where he served as deacon, Sunday school teacher and elder. Many men benefited from his personal mentorship, which spanned 40 years. Following retirement, Don volunteered as the Business Administrator at North Coast Family Fellowship. Don could be always counted on for a warm smile and hearty handshake or hug (whichever was needed), and kind word of encouragement. He enjoyed working in his woodshop, backpacking, hunting and working around his property.
Don is survived by Maxine, his wife of 62 years; Bruce (Dana Walter, Erin, Eric, Nicole, Brandon, Ashley and Christian) of Warrenton; Craig (Debbie Thornton, Becky, Taylor) of Salem; Nancy (Scott Trumbo, Sarah, Jonas) of Tualatin; and sisters Eloise Goodwin, Jayneta Butler; and 7 great grandchildren.
A Celebration of Dons life will be held at 10 a.m. Saturday, April 27, at North Coast Family Fellowship. In lieu of flowers, the family is requesting that donations be made out to North Coast Family Fellowship or Bristol Hospice Foundation, 10365 S.E. Sunnyside Road, Ste. 340, Clackamas, OR 97015.
To order memorial trees or send flowers to the family in memory of Donald E Holt Sr, please visit our flower store.