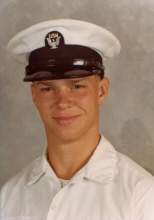 Donald Eugene Laird, 59, died June 24, 2017 of natural causes at his home in Warrenton. Don was born in Sasebo, Japan on January 3, 1958 to Charles and Mary (Filliger) Laird, while his father was on active duty in the US Navy. Don attended Lewis & Clark Dist. 5 Grade School, Astoria High, and graduated from Warrenton High School in 1977. While in grade school he joined the school Circus under the direction of Max Bigby, as a fire eater. Don was active in horsemanship in both 4-H & FFA. His talent of fire eating earned him a trip to the FFA National Talent competition in 1973. After high school Don joined the US Navy CBs and spent 7 years in the service before being honorably discharged. Upon leaving the Navy he had various jobs working with heavy equipment and driving truck, and he loved the work. He was most recently employed by Trails End Recovery until he was forced to stop for medical reasons. His love for animals led him to spend some time volunteering at the Clatsop County Animal Shelter. Don loved to dance, sing Karaoke & was a talented photographer. He was married to Ruthetta Staulcup Torrez in the summer of 1986. They had no children, and later divorced. Don was the 5th of 6 children and leaves his siblings to mourn his death: Mary Briggs (Charles) Tigard, OR; Richard Laird (Janne) Vancouver, WA; Liz O'Brien (Tim) Portland, OR; Patty Hawk (Steve) Big Lake, AK; and Mike Laird (Margi), Seaside, OR. Cousins include Bill Fuller (Julie) Seattle, WA; Father John Fuller, Boston, MA; Jeffrey Fuller, Boulder, CO; Greg Filliger (Sue), Seaside, OR; Jan Morrison, Warrenton, OR; Kelly Filliger, Ashland, OR; Scott Filliger, Warrenton, OR; Stu Laird (Cindy), Bend, OR; Julie Laird, Fresno, CA, and numerous nieces, nephews and friends. . . . . and his little dog, Julie. A Funeral Service will be held at Our Lady of Victory Catholic Church, 120 Oceanway, in Seaside Saturday, August 12 at 10:00 am. Following the service, there will be a reception at the church hall. In lieu of flowers, memorial contributions can be made to the Clatsop County Animal Shelter.