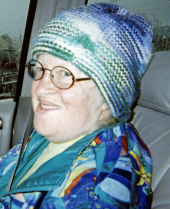 Donna Marie Cailey was born to Donald E Cailey and Alice (Brabant) Cailey on January 30, 1954 in Chicago, Illinois. She moved to Oregon in 1973 when she was nineteen. From then on she considered Oregon, and particularly, Astoria, her home. Donna had the unique ability to reach out in friendship to everyone she met. She had many friends who loved her. She loved to read and found biographies most interesting. She is survived by a her sister, Martha (Cailey) Johnson of Astoria, two brothers and sisters-in-law, Fred and Nancy Cailey of Iowa, John and Mary Cailey of Arizona, dear friend, Harry Johnson as well as many nieces and nephews. Donna will be missed by many. In lieu of flowers, please make donations to Grace Episcopal Jubilee Ministries.