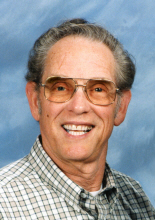 Don was born on December 16, 1930 in Pryor Oklahoma to Oscar Melvin and Cleta Georgette Hodge Stout. He was the oldest of four children, Donnie, Lonnie, Norma Jean and Ronnie Stout. They also lived in Glendale Arizona before moving to Campbell California. Don enjoyed participating in track and he graduated from Campbell High school. In 1950-1955, he went to school for 4 years at City College in San Jose CA to become a Journeyman Electrician and was an IBEW union man for 45 years. He attended First Baptist Church in San Jose California and became involved in a singles group called, "The Investors" where he met his wife Dina Elizabeth Abbas from Vancouver BC Canada and in 1963, they were joined in marriage. First daughter Tamara born in 1964 followed by Juliet, Donald and Cynthia. In 1974 they moved to Spokane WA where they raised their children in the Spokane Valley, and attended The Berean Bible Church. The Stout family enjoyed many years in a wonderful community of friends, fellowship and faith. Don and Dina retired to Seaside Oregon in 1996 and joined the congregation at North Coast Family Fellowship. Don loved to read, research the commodity market, set up charts, and day trade. He enjoyed volunteer work at his church, walks on the beach and taking care of his cat Einstein. He lived his life with integrity, was constantly faithful, deeply spiritual and always generous. Don was dearly loved by his family and will be greatly missed. Don Stout is survived by his wife Dina, of 53 years, and his children, Tamara and husband Brekke, Julie and husband Ted, Donnie and wife Michele, Cindy and husband Rod. Don has seven grandchildren; Ezekiel, Conner, Josie, Isaiah, Levi, Anasara and Isabella. He is survived by his sister Norma Jean and brother Ronnie. Don is preceded in death by his Mother Cleta, Father Oscar, Brother Lonnie, Mother-in-law Martha, Father-in-law Gerd, Sister-in-law Freda and Brother-in-law George. Don Stout's Celebration of Life will be held at North Coast Family Fellowship on Tuesday, August 23rd at 11:00am, reception to follow. A private family interment will be at Evergreen Cemetery. In Lieu of gifts or flowers, please consider a donation to The Gideons. Thank you for visiting Hughes-Ransom Mortuary & Crematory and sharing your memories and signing the guest book.