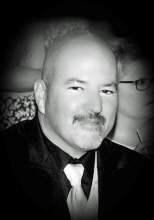 Douglas William West was born on March 17th, 1971 in Portland Oregon. He passed away on July 5th, 2017 in Richland Washington. Douglas grew up in Portland until about the age of 10. He moved to the North Oregon Coast where he grew up in Warrenton Oregon. He graduated from Warrenton High School in 1989. He then attended Mt. Hood CC in Gresham, Oregon. Douglas had many different career ideas before finding his true passion; Building customs homes. He became a general contractor, and started his own business, Surf Pines Construction, on the Oregon Coast. Doug was a perfectionist, and counted on that being obvious, as the new home owners took their final walk through their finished home. Douglas ended his career in the General Contracting business in 2009. He soon found his next passion, although still in construction. He became one of the most efficient and sought after CQCSM's, and was personally requested on many projects. His perfectionism and skilled eye made him the designated "trainer" in this field. These projects took him all over the United States. He also took this passion to Afghanistan in 2012, helping to support our troops in bringing them a safer and better quality environment. In 2015, Douglas took a position near the Tri Cities, at Ice Harbor Dam. This allowed Douglas and his family and friends, to stay close enough to enjoy all of the things he loved the most. His zest for life was immeasurable; hunting, fishing, camping, diving, riding ATV's, ranching, skiing, boating, traveling, and kayaking. This is what Douglas lived for most. He is survived by his wife, Shannon West. Parents, Douglas and Nancy West. Daughters, Amanda and Brittany West. Step children, Nicholas and Amanda Breunig, Tiffany Breunig, Zachary and Bryan Breunig. Grandchildren, Alexis and Blake Breunig. His only sibling, sister, Jolie West-Mannig. Several nieces and nephews with mutual adoration. And some lifelong friends that never failed to miss birthday calls to one another every year. Douglas had the biggest heart. Children and animals alike, were drawn to his larger than life personality. He will be miss greatly by many. Celebration of life is Sunday, July 23rd 1:00pm at the Astoria Armory