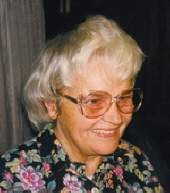 E. Marcella Johnson, 85, of Seaside, died Wednesday, Oct. 17, 2012, in Seaside.
She was born July 21, 1927, in New York Mills, Minn., to John and Esther Mansigh.
From humble Finnish-Minnesotan farm origins, she worked her way through the University of Minnesota in Duluth, and graduated with honors, receiving a bachelors degree in primary education in 1948.
On June 21, 1952, she married native Astorian Jacob Johnson in Astoria. He preceded her in death in 1987.
Mrs. Johnson began teaching third grade in Astoria in 1950. After marrying in 1952, and having four children, she returned to teaching in 1964. She taught first through third grade at the Clatskanie, Gearhart and Seaside elementary schools. In 1978, she earned a masters degree in educational media from Western Oregon State College, and served as the childrens librarian for Seaside Elementary School until her retirement in 1985.
She was mentored at the Seaside Public Library, the Bob Chisholm Community Center and the National Alliance on Mental Illness (NAMI).
She was a member of the Apostolic Lutheran Church.
Family members said her interests included reading programs for children, a writers group, NAMI and senior rights.
She is survived by a sister, Mary Ann Karlson of Livermore, Calif.; two daughters, Sharon Johnson of Seaside and Susan Johnson-Doerr of Rainier; a son, Michael Johnson of Seaside; and two grandsons, James Carmichael of Astoria and Samuel Carmichael of Seaside.
She was preceded in death by a son, Terence Johnson, in 2006.
A celebration of life will be held at 1 p.m. Monday, Oct. 22, at Hughes-Ransom Mortuary, 220 N. Holladay Drive in Seaside.
Memorial contributions may be made to the Seaside Public Library, 1131 Broadway, Seaside, OR 97138; the Bob Chisholm Community Center, 1225 Avenue A, Seaside, OR 97138; or NAMI Oregon, 4701 S.E. 24th Ave., Suite E, Portland, OR 97202.
To order memorial trees or send flowers to the family in memory of E. Marcella Johnson, please visit our flower store.