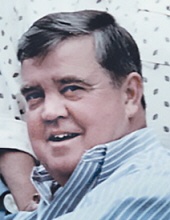 Earl Robert Rogness, Born: June 10, 1937, Died: May 8, 2019 Earl passed away unexpectedly but peacefully after a short battle with cancer. He was in his home, in his favorite chair and looking out at his beloved view of the Manzanita coastline. He is survived by his wife of 55 years, Mary B. Rogness, his two daughters Anne Rogness (Steve Pearson) and Emily Skipper (Gregg Skipper), and his grandson Alec Skipper. Earl was born in Eureka California, the only child of Earl C. Rogness and Emma L. (Humphrey) Rogness. He attended Portlands Capitol Hill Grade School and Lincoln High School where he played varsity football. He then attended U of O and Augustana College before graduating from Lewis and Clark College. Earl had a successful career in the Insurance business, his most fulfilling years being self-employed, and providing employee benefits to Oregon companies. Earl was passionate about field trialing with his dogs, fishing and golfing with his friends. In 1995, following in his parents footsteps, Earl and Mary retired to Neakhanie, developing many close friendships, a love of the coast and the coastal community. Earl requested very little fanfare. There will be a memorial gathering on June 29th, 3:00pm - 5:00pm, at the American Legion in Cannon Beach, his favorite place to be with his friends. Memorial contributions can be sent to a charity of your choice.

Funeral Home:
Hughes-Ransom Mortuary Seaside
220 N Holladay
Seaside, OR
US 97138
To order memorial trees or send flowers to the family in memory of Earl Rogness, please visit our flower store.