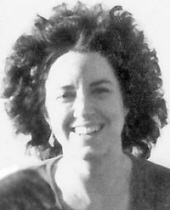 Elizabeth Mannarino passed in her home on August 17th, after a 12-year battle with breast cancer. She was accompanied by her loving husband, Robert L. Jarvis, and family during her passing.
Elizabeth was born and grew up in Oakland, California, with her sister Jodi. She attended the University of California at Berkley from 1964-1969, taking all those varied courses which interested her, and which amassed themselves into a bachelors degree in social sciences. She was an advocate of peace and humanitarian efforts large and small, actively supporting civil and voters rights movements and an end to the war in Vietnam.
Elizabeth moved to Eugene and attended the University of Oregon, earning a Masters degree in library sciences. She met her first husband, David P. Montgomery, while at U of O. They were married in 1974 in Astoria, where they started their family, and where she began her career as a librarian. Their daughter, Jasmine, was born in 1978, with their son, Michael, following in 1981.
In 1984 they moved to Corvallis, Oregon, where she continued her career as a librarian at both the Oregon State University library, and the Corvallis Public Library. After separating from David in 1986, Beth met Robert L. Jarvis, a professor of Fish and Wildlife at Oregon State University. Beth and Bob were married in 1988, and remained happily so for the rest of her years.
Beth and Bob retired to Astoria in 2000 to enjoy their family, friends, the outdoors and the many activities Beth so loved.
While living in Astoria, Beth became an active member of the United Methodist Church. She lived the ideology that through small acts of compassion and love one can truly change the world. She certainly changed the worlds of all those blessed by her amazing love. Her great heart and generosity of spirit make her dearly missed by many. Joyful and vivacious, Beth loved being and celebrating with family and friends. Her children and grandchildren were at the heart of her life.
She is survived by her loving husband, Robert L. Jarvis, father, Jack Mannarino, sister, Jodi Ayers, children Jasmine Swank and Michael P. Montgomery, stepchildren Koren Anderson and Trina McGaughey, honorary daughters Coco Underhill and Rebekah Levi, mother-in-law Mary S. Montgomery and sister-in-law Kristin Johnson, and all her precious grandchildren, Solice Swank, Olivia and Leo Anderson, Megan and Jake McGaughey, and Stella and Bella Samuelson.
A memorial service will be held at the United Methodist Church at 4 p.m. on Friday, August 23rd. In accordance with Beths wishes, a Celebration of Life Party will be held Saturday from 2-5 p.m. Contact Jasmine 503-791-0371 or Mike 503-348-5966 for directions.
To order memorial trees or send flowers to the family in memory of Elizabeth Mannarino, please visit our flower store.