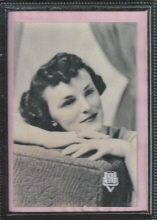 Ella Jane Rome (Core, McNabb, Faber) was born in Bowlegs, Oklahoma on August 29, 1932 to Fred Herd and "Johnnie" Nondese (Cummins) Core. When she was about 8 years old her dad decided to move West and invited several members of her mother's family to join them. They agreed and all decided to move out West to Oregon. They all made the long trip in sort of a caravan style and decided to settle on 9th Street in Newberg, Oregon. Within a few years the rest of the family from Oklahoma followed until the entire family joined them here. The family grew to the large number that we have today. In the early '60s Ella and her husband moved to Redwood City, California, where she trained and advanced to specialist in her electronics career at Dalmo Victor in Belmont, California. There she worked on Apollo 11; that upon its completion hundreds of millions watched Neil Armstrong plant his foot on the Moon and the saying is "that's one small step for a man, one giant leap for mankind." In the late '60s she returned to the Newberg, Oregon area where she lived the remainder of many years. Ella Jane was a very beautiful complex woman who was extremely poised and self-confident. Her smile was amazing, heartfelt and lit up the room. She had incredible charisma when she chose and orneriness when she didn't. She definitely lived life, as in the Frank Sinatra song, "My Way!" She loved music, dancing, animals, painting and recently discovered her unknown talent for drawing portraits. She learned to use an iPad and enjoyed the slot games and Facebook in her last months. Ella is survived by her children, Douglas McNabb, Nancy McNabb, Duke (Vale) McNabb, Barbara Higdon and Calvin Faber; and 14 grandchildren; and 18 great-grandchildren. She was preceded in death by her parents. A celebration of life with family and friends will be at 1 p.m. on Saturday January 24th at Hughes-Ransom Mortuary, 220 N. Holladay Drive, Seaside, OR, 97138