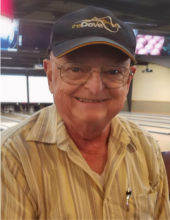 On June 10, 2018, Frank Furnish, passed away suddenly at his home. Frank was born Tuesday, June 28, 1938, to Frank Furnish, a coal miner, and Stella Furnish, an at-home-mom, in the town of Auburn, WA. He was raised in the small town of Buckley, WA, on a 40-acre farm with 5 siblings. He was active in track, F.F.A., country dancing, and golf. He would become the statewide Junior Square Dance Champion. Born with an entrepreneurial and inventing spirit, he had a paper route and his own bicycle shop, while still in high school. He would go onto attend Multnomah Bible College, in Portland, OR, where he would meet and fall in love with Beverly Sigurdson, and graduate from in May 1963. He married Beverly, August 10, 1963, in the town of Cannon Beach, OR, at the Cannon Beach Conference Center Chapel. They would go onto have five children, Mark, Frank, Bobee-Kay, JoAnn, and Stephanie, over the next 9 years, filling their home with laughter, busy feet, and chatter. Frank worked a variety of jobs from the Forestry Department, Job Corp., Tillamook Cheese Co., Boeing, Bell Buoy Crab Co., and co-owned Gentle Haven, Inc., adult foster care home, in Seaside, OR. He also served on the Oregon State Foster Home Association, as a state representative. He was a natural "McGuiver" with duct tape and the king of corny jokes. He had a unique ability to solve problems and invent, cheaper, more efficient solutions. Some people would say, "he thought outside the box," but we dont think that he knew there was a box. Frank was passionate for the bible and sharing Gods love, volunteering in church throughout his life. Frank would go onto establish Gospel Echo, Inc., a volunteer ministry, which brought Christian radio to share Gods promises in urban areas throughout the Northwest. Gospel Echo, Inc., re-translated stations such as KPDQ, teaching, and a variety of other Christian music stations, with 24 translator, stations running at one time, for 24 hours a day. G.E.I., would also run two class A Christian radio stations. When you interacted with Frank he always had a colorful, animated story and joke to share with you and you walked away with a smile and feeling good about you. He was not a quitter and never accepted a bad day. He is survived by his wife Beverly, his siblings (Alan & Barbara, Mary & Ed, and Patty & David), children (Mark, Frank & Teresa, Bobee-Kay & Jim, JoAnn, Stephanie & Jamie), 12 grandchildren (Zachary, Benjamin & Allison, Alex, Rebekah, Ian, Jessica, Luke & Maddy, Gabriel, Kayla, & Abby), 1 great grandson (Ives), and numerous nieces and nephews. His funeral service will be held, Saturday, June 23, 2018, with viewing at 10 a.m. and the service to begin at 11 a.m. at: Lighthouse Christian Church, 88786 Dellmoor Loop, Warrenton, Oregon 97146. We will greatly miss his humor, tenacity, love of God, and volunteer spirit to always help and love those around him.
To order memorial trees or send flowers to the family in memory of Frank Guy Furnish JR., please visit our flower store.