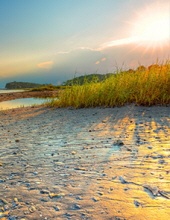 Frankie was born 100 years ago on June 21, 1919 in Newton County, Arkansas to Ora Elizabeth Carlton (Marion) and William Curtis Carlton. She was married to Willis Lee Sollman for 65 years. They raised two daughters, Marion "Sami" and Jerry "Dee Dee." From her early years growing up on a farm and as a young elementary school teacher Frankie developed strong values that she parlayed into a productive and impactful life. She was an independent young woman with curiosity to search out new places and opportunities. With a productive work ethic, she turned her master level seamstress skills into a long-term successful drapery business. At home her seasonal gardens demonstrated mastery level results. As the older sister, wife, mother, grandmother and aunt she modeled love of family and caring for others. She showed a sincere interest in others, making each one feel special and always with a laugh at a joke no matter how many times shed heard it. As a centenarian she navigated through significant changes over her 100 years. In later years she continued to be amazed with changes and show interest in what children in each of the following generations were experiencing in their lives, including new technology. The path Frankie took in life helped to shape those who had a connection with her. In Frankies gentle and humble nature, she would not want any of us making any fuss over her passing - but we will. We will continue to be amazed at the dignified and graceful way she mastered a life well lived. She is a light in our lives that will shine on as long as we live. Frankie was preceded in death by her husband, Willis L Sollman. She is survived and loved by her daughters Sami Weed of Seaside, OR and Dee Dee Walquist of La Quinta, CA; sons-in-law Bill and Don; sister Wilma Carlton; grandchildren Brett Brennan, Travis Law, Stephanie Dobbs, and Erik Wallquist; and nieces and nephews of two generations. Burial and private service will be held at Kalama Cemetery. Donations may be made in Frankies name to Lower Columbia Hospice - Astoria, OR.

Funeral Home:
Hughes-Ransom Mortuary Seaside
220 N Holladay
Seaside, OR
US 97138
To order memorial trees or send flowers to the family in memory of Frankie Sollman, please visit our flower store.