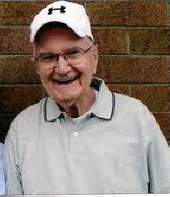 Frederick Eugene "Gene" Jensen, 86, of Seaside, died Monday, Sept. 24, 2012, in Seaside.
He was born June 21, 1926, in Santa Anna, Calif., to Frederick and Blanche Jensen.
He graduated from McClatchy High School and received a masters degree in education from Sacramento (Calif.) State College.
He served in the U.S. Navy.
He married Romaine Whitten Jensen in Sacramento. She survives, residing in Seaside.
Mr. Jensen was a teacher in business education, and vice principal of JFIC High School in Sacramento. Before moving to Seaside, he lived in Salem, Oregon. He was a member of the California Teachers Association.
Family members said he enjoyed golf, and was a sports fan. He loved spending time with his dog, Riley.
In addition to his wife, he is survived by a sister, June Thomas of Sacramento; four nieces, Wendy Slobodnik of Sacramento, Teresa Bergerson of Clatskanie, Kerry Hoagland of Astoria and Tami Temple of Portland; two nephews, Ken Nelson and Bill Whitlin Jr. of Astoria; numerous great-nieces and nephews; and extended family members in Australia.
A private memorial will be held.
Memorial contributions may be made to Lower Columbia Hospice, 486 12th St., Astoria, OR 97103.
Hughes-Ransom Mortuary in Astoria is in charge of the arrangements.
To order memorial trees or send flowers to the family in memory of Frederick Eugene Jensen, please visit our flower store.