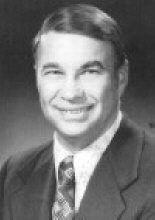 George Francis Cole, 85, longtime Seaside resident, died Saturday, Sept. 15, 2012, at home.
He was born Nov. 30, 1926, to George Cole Sr. and Esther Cole in Portland. Raised in Portland, he attended school there and graduated from Jefferson High School in 1944. Following high school, he joined the U.S. Army Air Corps, serving from 1944 to 1945. Following his service, he enrolled in Oregon State University, where he earned a bachelors degree in business, and a minor in forestry, graduating in 1949. He was a member of Kappa Sigma fraternity, lettered for the varsity track team and was a member of Varsity "O."
George married Mary Alice Lundburg. She survives, residing in Seaside. The couple met while they were attending OSU. The couple settled in Portland. Mr. Cole worked in the auto parts industry and at night attended law school at Northwestern College of Law. Upon graduation in 1959, and passing the state bar, he worked briefly for the Portland city attorneys office before moving to Seaside and going into private practice with Vic Shults in 1960. Later that decade, attorney Steven Campbell joined the firm and partnered with him into the 1970s. He also served several years as city attorney of Seaside and also Cannon Beach.
Mr. Cole served as deputy district attorney for Clatsop County from 1962 to 1968, and as state representative for Clatsop County for three sessions from 1969 to 1974. Highlighting his time in the legislature, he was chairman of the House Judiciary Committee in 1973 and 1974. In August 1974, Gov. Tom McCall appointed him to the district court bench of Clatsop County, fulfilling a life-long dream. He was re-elected and served continuously until his retirement in 1993. During his last few years on the bench, and a short while after retirement, he served as judge pro tem in courtrooms around Northwest Oregon.
His long service to the Seaside community and beyond included membership in the: JayCees, earning a Distinguished Service Award; Rotary, becoming a "Paul Harris Fellow" in 1984; Elks; Boy Scouts of America; and Evergreen Masonic Lodge, as a lifetime member and Past Master. He was a longtime member of Our Saviours Lutheran Church of Seaside, where being a member of the choir was one of his joys and many contributions to the congregation.
Family members said that once he finally retired, he enjoyed spending time with his wife doing yard work and gardening, traveling, playing golf, doting over various pets and watching his family grow and expand. In addition to his wife, he is survived by four sons, Chris, Greg and Brian Cole and George Cole Jr.; a niece; 11 grandchildren; three grand-nieces; and several great-grandchildren, nieces and nephews.
George was preceded in passing by a daughter, Paula Cole.
A memorial will take place at 10:30 a.m. Thursday, Sept. 27, at Our Savior's Lutheran Church in Seaside. In lieu of flowers or remembrances, memorial contributions may be made to the American Cancer Society, 0330 S.W. Curry St., Portland, OR 97239.
To order memorial trees or send flowers to the family in memory of George Francis Cole, please visit our flower store.