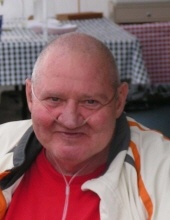 September 12, 1947 February 12, 2014 Gerald "Jerry" Wayne Lincoln, age 66, of Hammond, Oregon passed away at home February 12, 2014. Jerry was born September 12, 1947 to Jim and Violet (Holly Belle) Lincoln in Monette, Arkansas. As a young boy he worked on a farm and helped out in his parent's grocery store. Jerry moved to Madison, WI where he lived for several years and made many friends. In 2000 he moved to Astoria, Oregon. Jerry made friends where ever he went. He loved spending time with his family, singing karaoke with friends, playing his guitar, playing pool and riding his scooter. Jerry was kind, thoughtful and loved making people laugh. Jerry was preceded in death by his parents. He is survived by his Brother and Sister-In-Law, Ed and Ginger Farr of Stoughton, WI. His Sister, Sharon Edison of San Diego, CA. His Nephews, Bill Edison of Astoria, OR and Dan McMahon of San Diego, CA. His Brother and Sister-in- Law, Jim and Karen Lincoln of Hammond, OR. His Niece and Nephew-in-Law, Anna and Jason Mathews of Astoria, OR. His Sister, Kara of Port Townsend, WA. His Nieces Tammy Kirch of WI. And Wendy Breiby of Port Townsend, WA. And many great nieces and nephews. A service will be held on February 23, 2014 at 2pm at the Gateway Community Church in Hammond, OR with a celebration of life immediately following.