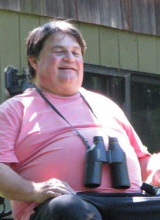 Greg and his twin brother Chris were born on October 13, 1950 in Portland, Oregon to George Francis and Mary Alice Cole and were soon joined by brothers George and Brian, and a baby sister Paula. The family moved to Seaside, Oregon where Greg graduated from high school, became an Eagle Scout and went on to graduate from Portland State University with a degree in history. He married the love of his life Shirley May Semmen in 1974, to whom he stayed happily married until he was preceded in death by Shirley in 2013. Greg spent his career doing carpentry work on mostly ships, along with some residential contracting up until he retired. He is preceded in death by his wife Shirley Cole, father George Cole, and his sister Paula Fitzgerald. He is survived by his mother Mary Alice Cole, his daughters Stephanie and Alison, brothers Chris, George, and Brian, and two granddaughters Emma and Amelia. Gregory was an avid hunter and fisherman, and was an amazing Friend, Son, and Father. His presence on this earth made the world better, so let us all honor him today. Thank you for visiting Hughes-Ransom Mortuary & Crematory at hughes-ransom.com to share memories and sign the guest book.