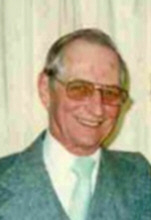 Harry Acton Miller Born: 14 September 1922 in Lewistown MT - Died: 15 December 2016 in Seaside, OR Harry's first seven years were spent in Lewistown, before moving to San Bernardino CA in 1929. He graduated from Riverside Polytechnic High School in 1941 and then spent six-months at Long Beach (CA) Jr. College before he was drafted & joined the US Navy in 1942. Throughout WWII he was stationed in Astoria where he worked in Ships Stores as well as commissioning & decommissioning "flattops" (aircraft carriers) Had requested PT duty but was denied. Good thing because the ship he had requested was sunk 3 days just outside of San Francisco & 2/3 crew were lost. His guardian angel on his shoulder was watching over him. After the War he returned to Long Beach Jr. College and earned his BA in accounting and business administration and married the love of his life, Margaret Lillian Nielsen, on 24 November, 1950. She preceded him in death in October 2012. Harry returned to Astoria and worked for several construction companies before being hired by First National Bank (now US National). Promoted & transferred to Seaside branch he relocated in 1955. Again his Guardian angel was watching over him when driving home from meeting in Astoria a tree fell on car. He started at the Post Office in 1961 and was promoted to Postmaster in 1972 and retired in 1982. His children: Nancy Maplethorpe of Salem, OR; Harry Miller Jr. & wife Tracy of Kasilof, AK; Sylvia Herrley of Troutdale, OR; and Paul Miller of Seaside, OR. He was predeceased by son-in- law Bernie Herrley. He moved into his home on Lewis & Clark Way in 1956 where he lived the remainder of his life. His house was an on-going project with adding on and remodeling almost continually. He purchased the next-door lot with 3 studio cabins, using one as his 'boat house' and combining the remaining 2 into a 1-bedroom home for Margaret's mother. Margaret always said she was going to have a shirt made with the acronym "MHCDA" or "My Harry Can Do Anything" Played a troll in the Scandinavian Festival along with his nephew Dan Hess and they were so good they were invited all expenses paid to play trolls in the Minot, ND Nordic Festival as a troll, he started handing out hugs & kisses to children along the parade route that evolved into giving hugs & kisses to all women both young & old he met. He often joked that he wished he'd had stock in the Hershey Company! Margaret called him her 'social butterfly' & noted he never met a stranger. He always enjoyed cars & told stories of racing his '32 Ford when the hood came unlatched & flew up, blocking his view. His first appearance of his guardian angel. Then there was the time he had an Indian motorcycle in college & was bet it wouldn't do 100mph. It did. Harry always worked in the background for the good of his community, simply saying 'there was a need.' And he became even more involved after retiring from PO in '82 when he took on more challenges than any of us will ever be able to count completely. He was a lifetime member of the Elks, American Legion, North American Fishing Club, and North American Hunting Club to name a very few. If he wasn't at the Pig 'n' Pancake for coffee every morning (except for vacations) the phone would be ringing and someone would ask 'where's Harry?' or 'is everything OK?' Through the years he worked on projects big and small, sharing his wisdom and wealth of knowledge with anyone asking (and probably a fair number who didn't ask!) He took great pride in his role with the South Clatsop County Food Bank. Some of his accomplishments include: Little League Umpire; All Kiwanis fundraisers: Pancake Feed, Christmas Tree, golf tournament, Camp Kiwanilong; Seaside Marathon; Seaside Beachcombers Festival; Seaside Civic & Convention Center; Bob Chisholm Community Center; Assistant Scout Master; Helped create the Service Club Council (the ones who host the senior Christmas dinner); More boards & committees than you can shake a stick at including the old Seaside Union Hospital District, Camp Kiwanilong, City Budget, Chamber of Commerce just to name a few. He drove to Kasilof, AK at least five or six times to visit son & daughter-in- law; Went 'dip netting' one year, catching four salmon at once. Only later did he learn it was illegal for non-residents to use this form of fishing. He had a lifelong love of cars and drove my 1971 Datsun 240Z around Seaside at the ripe old age of 84 and enjoyed golf, fishing, golf, clamming, golf, crabbing, golf, building things, golf, poker & slots, golf. He took great pride in his annual flag-raising ceremony on the 4th of July with a new flag in 2015 that was 10' x 12', and too big to fly at half-mast! He was not a big man in stature but was certainly a big man in the community and he will be truly missed. The only venue big enough for him to take his final bow is the Convention Center on 15 January 2017 @ 2:00. Please: No flowers but send all remembrances to the South Clatsop County Food Bank, Camp Kiwanilong, Oregon or to Colombia Memorial Hospice. Thank you for visiting hughes-ransom.com to share memories and sign the guest book.