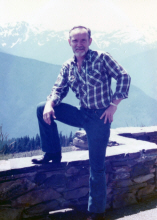 Harry "Al" Lewis, 74, of Cannon Beach, OR, died February 28, 2015, with his family by his side. He was born to the late Harry and Margaret (Walters) Lewis, January 4, 1941, in Demarest, NJ. Al graduated from Northern Valley Regional High School in 1958. He married Joanne Wilson in 1962, and they lived together in Demarest, NJ for two years before relocating to Southern California. In 1976, they moved to Washington State and lived there for 22 years before retiring to Cannon Beach, OR in 1998. Al spent 34 years working as a Production Supervisor for Crown Cork and Seal before retiring to the beach. Once retired and finished building his home in Cannon Beach, he was not eager to sit at home and started working part time at Safeway. Al was passionate about his career, working, Formula 1 Racing, hot rods and working on various home projects. He loved living at the beach, spending time with his grandchildren, going to car shows, and his dogs. Al is survived by his wife of 53 years, Joanne; his daughter Sherry Zuccarello of Portland; his son Brian Lewis of Washington; six grandchildren: Antonio, Alessandro, Hannah, Christopher, Eryn and Avery; and three great-grandchildren: Emma Grace, Levi, and Eli. He is also survived by his brother, Richard Lewis of New Jersey, and his sister Janet Kuceravy of New Jersey. In lieu of flowers, the family requests the donations be made in Al's name to the Alzheimer's Association. A memorial service will be held at 11:00 AM Saturday March 21, 2015 at Our Lady of Victory Catholic Church in Seaside.