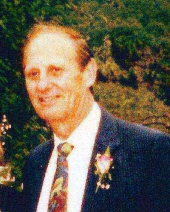 Harry Russell Sisseck of Seaside, Oregon, died at his home in Shelton, Washington in the loving arms of his wife of 60-plus years on January 16, 2014. He was 80. He was born January 15, 1934 in Tillamook, Oregon to Floyd Franklin and Anna Izora (Bennett) Sisseck. Harry married Alice Dwarte on February 22, 1953 in Tillamook, Oregon. Making their home in Nehalem, Oregon for the first 19 years of their life together. They later moved to Seaside, Oregon with their family. Harry was a dedicated husband and father. He enjoyed the work of his hands, building several family homes. He enjoyed gardening, beekeeping, and a favorite was grafting fruit trees. He worked as a farmer, mill operator and timber faller. After his retirement in 1988, he bought and sold real estate. Harry was an active member of Seaside Congregation of Jehovah's Witnesses. He enjoyed the privilege of serving as an Elder for approximately 40 years, during which time he was able to assist in the construction of a number of Kingdom Halls and perform a number of weddings and funerals. Harry was able to travel a great deal as far as South America, Canada, Mexico and the East and West Coast of the United States. Harry had a great sense of humor and will be greatly missed by all who knew him. Harry is survived by his wife Alice of Seaside; son Michael Sisseck of Seaside; daughter Diane Walquist of Portland; son and daughter-in-law Gerald Lee and Sandra Lynn Sisseck of Seaside; grandson Jeremy Sisseck of Seattle, WA; granddaughter Alice Dobson of Portland; granddaughter Amy Hill of La Pine; grandson Jordon Dobson of Portland; granddaughter Rachael Sisseck of Portland; great-grandson Max Hill of La Pine; great-grandson Fitz Ruecker of Portland; great-grandson Hunter Ince of Aloha; sister Hazel Cyphers of Banks; brother Harold Sisseck of Canby; sister Pauline Sisseck of Canby; and numerous nieces and nephews. Harry was preceded in death by his parents, a sister Marion Devasto and a brother Howard Sisseck. A memorial service will be held on Saturday February 8, 2014 at 2 p.m. at The Kingdom Hall of Jehovah Witnesses in Seaside. Dale Harmon Jr. will be officiating. Family and friends are invited to join the family for a reception at the Sons of Norway Lodge in Gearhart, Oregon immediately following the service. Harry's cremated remains will be interred at his home as he wished. Memorial contributions may be made to the Congregation of Jehovah Witnesses. Hughes-Ransom Mortuary in Seaside is in charge of arrangements. Visit www.hughes-ransom.com to leave condolences and sign the guest book.

The Kingdom Hall of Jehovah Witnesses