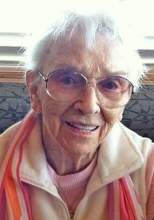 Helen H. Alto Raasina, 99, a lifelong resident of Seaside and Astoria, was born Aug. 11, 1916, in Seaside, Oregon, to Finnish immigrants, Frank Nestor and Hilma Louisa Alto. Raised in Seaside, Oregon, Helen was one of four children, and the last remaining sibling. She graduated from Seaside High School in 1934. After high school, Helen lived and worked in Beaver, Oregon, for a short time, working in the mill. On Aug. 31, 1940, Helen married Bill Raasina, who preceded her in death in 1982. They lived on the Raasina Dairy farm in Olney, providing milk to nearby communities and all of Astoria. Helen designed the milk bottle tab caps that sealed the glass milk bottles in the 1940s, and Bill and his brothers worked the farm and delivered the milk. They enjoyed dancing in Seaside at the Bungalow Dance Hall in the 1930s and 1940s to the big bands who traveled to Seaside during the war years. In the 1950s, she and her family moved to North Bend, Oregon, living there for about 12 years, as a mother and homemaker, raising her family. The Raasina family returned to live in Astoria in 1964. Helen moved to San Diego, California, to be near her daughter in 2000, and lived a few places around the city. She eventually missed the Oregon rain, and moved back to spend her last years in Astoria and Seaside. She served as president of the local Degree of Honor society for many years, and enjoyed traveling to Finland with her brother and his wife, visiting relatives. Helen was active in all her years, loving clam digging, fishing, gardening, tennis, bicycle riding, sewing, and taking up golf at age 70, which she enjoyed with her sister-in-law. Helen is survived by her daughter, Joy Raasina Smith, and son-in-law, Robert Smith, from San Diego, California, and numerous nieces and nephews. Her oldest daughter, Susie, died in 1971. A private family graveside service was held in Ocean View Cemetery in Warrenton.
To order memorial trees or send flowers to the family in memory of Helen H. Alto Raasina, please visit our flower store.