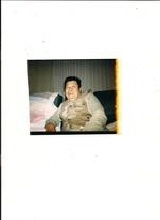 Henry Guan Xiong Liu, 80, of Seaside, died Monday, August 20, 2012 in Seaside.
He was born February 15, 1932 in Shunzheng, China to Wu De and Xiao Huan (Wu) Liu.
On February 28, 1958 he married June Junling Liu in China. She survives, living in Seaside.
In addition to his wife, Mr. Liu is survived by a daughter, Shelly Tse, of Portland; two sons, Shaofei Liu of Seaside and Brian Liu of Beijing; and six grandchildren.
A funeral will be held at 9am, Monday August 27, 2012 at Hughes-Ransom Mortuary, 220 N Holladay Drive, Seaside OR.
To order memorial trees or send flowers to the family in memory of Henry Guan Xiong Liu, please visit our flower store.