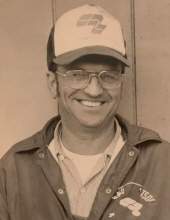 Herbert Kaul, age 86, passed away peacefully at Clatsop Memory Care Center in Warrenton on Tuesday, June 2, 2020. Herbert was born October 28, 1933 in Highmore, South Dakota to parents Julius Kaul and Ida Wieser. He grew up on a farm in Scotland, SD with his 4 brothers (Edwin, Ervin, Robert and Clifford) and one sister (Irene).

In 1952, after graduating from Scotland High School, Herb joined the Navy where he spent 4 years. He served on the USS Kearserge, an aircraft carrier stationed in Guam as well as in Tongue Point of Astoria, Oregon. He received a National Defense Service Medal and a Good Conduct Medal.

After the Navy, Herb spent 29 years as a logger with Crown Zellerback in 1956 alongside his brothers, Ervin and Robert. He also worked for Hopkes Logging in Tillamook, Oregon and Longview Fiber in Clatskanie, Oregon where he retired in 1995.

Herbie married Annie Gronnel on May 23, 1963 and lived in Astoria, Oregon. Annie Kaul had a son Bill Larremore. Then, Herbie and Annie had a daughter Kimberlee Kaul. Herbie and Annie were happily married for 49 years. Annie passed October 21, 2013. Bill passed May 23, 2014. Herbie is survived by his daughter Kimberlee Kaul of Astoria, Oregon, and her partner Donnie Reaves from Anniston, Alabama who became “Herbie’s” best friend in his last years. Herbie gained a granddaughter, Megan Reaves Gattis from Kilgore, Texas, these two truly enjoyed being around each other. Megan always kept Herbie smiling, laughing and even dancing.

Herb always enjoyed spending time with his family, clam digging, fishing, hunting, tinkering, chopping wood, camping and going to church. Herb was a man of faith who was humble, shy, generous and loyal. His memory will be cherished and kept alive in the hearts of those who loved him and got to experience his infectious smile. He will be deeply missed by his family, and all who knew him.

Kimberlee and Donnie would like to thank the staff at Clatsop Memory Care for the outstanding, loving care they gave to Herbie. Please send donations to Clatsop Memory Care in Warrenton.
To order memorial trees or send flowers to the family in memory of Herbert Kaul, please visit our flower store.