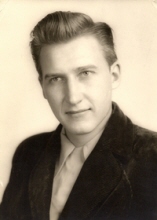 Howard George White and Wanda White, husband and wife, passed away in Seaside recently. Howard died at age 80 on March 2, 2009. Wanda died at 88 on October 18, 2013. They were deeply loved by each other and their families.
Howard was born in Osakis, Minn., on March 25, 1928. Wanda was born in New York City on July 11, 1925. They met in 1946 Wiesbaden, Germany, while working for the USO. Howard was a trumpet player and Wanda was a dancer. They married two years later in Lima, Ohio. They gave birth to their only son Jeffrey Charles White in 1949.
During their early years as a family, they lived in Ottawa, Kan.; Portales, N.M.; and Fairfield, Iowa. Wanda operated a ballet studio and Howard was a professor of sociology. They moved to Chicago in 1968, and lived there for 17 years while Howard taught at Chicago City College. They retired to the warm desert of Las Vegas in 1985, but moved to Seaside, Oregon, after 12 years to be close to the ocean.
Wanda had a passion for dance, watching the seagulls and the company of her cat, Coon. Howard enjoyed jazz, trips to Ecola Park and keeping up with the sociology field. Both loved the Oregon landscape "Gods country," they called it and regular visits from their grandchildren and great-grandchildren, who brought the pair great joy in their final years.
They are survived by their son, Jeffrey, and his wife Judith; grandchildren Isaac White and his wife Erika and Susan Watkins and her husband Matthew; and great-grandchildren Naomi and Chloe White and Hannah Watkins.
In lieu of flowers, the family requests that donations be made to Lower Columbia Hospice, 2111 Exchange St., Astoria, OR 97103 or Clatsop Animal Assistance, PO Box 622, Warrenton, OR 97146.
To order memorial trees or send flowers to the family in memory of Howard G White, please visit our flower store.