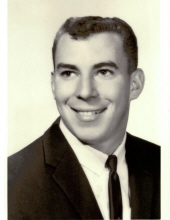 James Austin Osburn died peacefully the morning of February 22nd, 2022, at Neawanna By The Sea in Seaside, Oregon. He was 77 years old. Jim, the second of five children, was born to John and Elane Osburn on May 1st, 1944, in St. Mary’s Hospital in Astoria, Oregon.

Jim lived his entire life in Clatsop County. He was surrounded in childhood by family and friends. Holidays and summers were spent with Goodell and Blissett cousins, centered around the Gearhart Hotel, and two winters were spent on his parent’s Apache Junction Ranch in Arizona. He attended Gearhart Grade School, Star of the Sea, and Seaside High School, where he played football and graduated in 1963. As a teenager, Jim managed the Gearhart Stables with his friend Jim Bonney. He was involved in numerous escapades, mostly with his longest and closet friend, his cousin Paul Goodell. Best known was when they “jumped the bridge” over the Necanicum River. Jim came out bruised and explaining brother Burr’s wrecked car; Paul came out with a broken ankle.

In 1965 Jim married Jan Ordway in Our Lady of Victory Catholic Church, with a lovely reception at the Gearhart Hotel. The couple lived in Gearhart and raised two wonderful sons, Corey and Ryan. Jim and Jan travelled to Hawaii, New York, and Bermuda with Paul and his wife Janet.

Jim worked with his father at the Gearhart Hotel and Surfside until the hotel was torn down. He was also part owner of the John Jacob Astor Hotel. He was a member of the Oregon National Guard and of Our Lady of Victory Catholic Church. He and Jan purchased and managed Bud’s Drive-In after which they started The Gearhart Seafood and Deli and The Fishman, trucks and trailers from which Jim delivered seafood across Central and Eastern Oregon.

Jim loved his family and was especially proud of his boys. He enjoyed riding and showing horses, bird hunting, and dory fishing. The Osburn family was always involved with horses. Jim’s equestrian career began at age 6 and went from bronc riding (fun, but not very successful) to successfully competing on his jumper “Pogo Stick” at the State Fair and the PI. Fishing was a family favorite. Jim owned several fishing dories and was an original partner with his brother Burr and Stu Campbell on theChicken Ship.

To order memorial trees or send flowers to the family in memory of James Osburn, please visit our flower store.