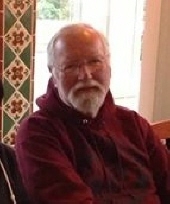 Jim Pesonen passed away in his home on October 9th, 2014. Jim was born in Newport, Ore., and raised in Astoria, Ore., by his parents, Paul and Cleo Pesonen. After graduation from Astoria High School in 1961, he met and married his wife of 51 years, Judy Raniero. He also joined a motorcycle club with his friend Mark Pollard. In 1963 they moved to Gearhart, Ore., where he joined the Gearhart Volunteer Fire Department and served until 2001. It was his passion to serve and help the community. He served many years as fire chief and enjoyed the camaraderie with his fellow volunteers. He made many long lasting friendships at the fire department. Jim was a journeyman plumber, first working for his in-laws, then later took over the plumbing business when they retired. After retiring from plumbing, he worked in Nevada with his son Johnny on power plants. He met and kept many friends along the way while working there. Jim was an avid hunter, fisherman and clam digger extraordinaire. His daughter Janine ate the whole limit in one sitting recently. We will miss him bringing those razor clams home! Taking after his dad, he loved to smoke fresh salmon. The family agrees, his smoked salmon was the best. He looked forward every year to go mushroom hunting with his grandson Tyler. He had a real green thumb for growing dahlias and tomatoes. He took lots of pride in his new dory and worked very hard to get it ready for this upcoming fishing season. He was getting ready to take his annual elk hunting trip with his buddies at the end of October this year. It was a trip he looked forward to every year, and great times were had by all. He did things at his own pace and never was in a hurry. Jim is survived by his wife Judy; daughters Janine Jensen and Julie Walz; son Johnny; grandchildren Jessica and Tyler Pesonen and Maddie and Jake Jensen; and his special cousins John Pesonen and Dorrie Scherer. In lieu of flowers memorial contributions can be made in Jim's memory to Clatsop Animal Assistance, Seaside Kids or to a charity of your choice. A celebration of life will be held at the American Legion in Seaside, Ore., on Saturday, October 18th, from 1:00 to 4:00 p.m. Larry Pfund will speak at 1:30 p.m. Please come to share stories and gentlemen, wear your hickory shirts! Hughes-Ransom Mortuary in Seaside is in charge of arrangements. Visit www.hughes-ransom.com to leave memories and sign the guest book.

Funeral Home:
Hughes-Ransom Mortuary Seaside
220 N Holladay
Seaside, OR
US 97138
To order memorial trees or send flowers to the family in memory of James Pesonen, please visit our flower store.