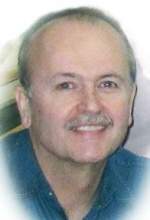 Jeffrey Vann Phipps died unexpectedly in Seaside, Oregon, on March 21, 2014, at the age of 58. Jeff was born in Salem, Oregon, on November 11, 1955, to Richard and Corene (Porter) Phipps. He attended school in Portland and Gresham, graduating from Gresham High School in 1973. Jeff's lifelong passion was bowling, and he spent most of his life managing and owning bowling centers in the Northwest. He and his brother, Lee, owned Cherry City Bowl in Salem, Oregon, from 1985 through 1998. In 1999, Jeff purchased Recreation Lanes in Gearhart, Oregon, where he remained until the end of 2013. The greatest day of Jeff's life was August 15, 2005, when he became a father to Dylan James Phipps. Dylan was the love of Jeff's life. Jeff's best days were the ones he spent with Dylan doing anything and everything. Above all else, Jeff was a loving and devoted father. In addition to Dylan, Jeff is survived by his sister, Vicki Kerbaugh-Mills and her husband, Marc Mills of Boring, Oregon, brother Lee Phipps of Vancouver, Washington, a gaggle of nieces and nephews, Katie and Kristen Kerbaugh, Lauren Mills, Ryan, Colleen, Nicole, Godfrey, Axl, Zach, Addison, and Andie Phipps, and Ryan and Joni Arroyo, Uncle Leigh and Aunt Lynne Porter and many cousins. In lieu of flowers, donations can be made to the Dylan James Phipps Education Account at any US Bank, or mailed to Vicki Kerbaugh-Mills, 11850 SE Orient Dr, Boring, OR, 97009. A memorial service will be held Saturday April 12, 2014, at 1:00 p.m. at Hughes-Ransom Mortuary in Seaside, Oregon.