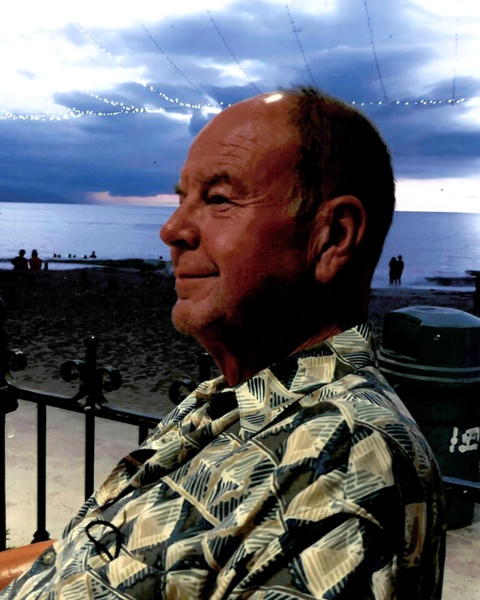 Jeffrey Allen Wood, affectionately known to his friends as “Woody”, was born in Everett Washington, the son of Allen and MaryAnn Wood.

In 1958, Allen Wood’s job took the family overseas, first to Japan, then Okinawa, Iran and then back to Japan. The family finally moved back to the States in the fall of 1963, settling in Novato, California.

In Novato, Jeff began his life of entrepreneurial endeavors at the age of 11. He started with a paper route, candy store in the home garage and selling mistletoe at Christmas. In 1967 the family bought the A&W in Seaside, Oregon. Jeff began his cooking career. He also developed an interest in mechanics, working on an old Corvette and a motorcycle. He graduated high school in 1972 and went to PCC and earned a certificate in Commercial Food Preparation. Life then led him to start Jeff’s Drive In, in Astoria. When he sold the Drive In, he became a Commercial Fisherman for several years. He fished in Alaska on the Maverick, fishing for king crab, black cod and halibut. Fishing also took him to the South Pacific for tuna and off the Oregon Coast for Dungeness crab. During this time, he also had a long-time relationship with Debra Darling.

In the next chapter of his life, he developed skills in the building trades, building 3 houses and becoming an accomplished tile layer. During this chapter, he married the love of his life, Kim Meyer in 2009. Together they created a lifetime of memories, travelling to Palm Springs and Mexico. They loved to go clam digging, work in the garden and listen to music out on their deck. Jeff also had fun with kids, helping them feed the fish in his house and yard, as well as hunt for golf balls on the golf course next door. He loved to rub noses with the kids, calling it an Eskimo kiss. He also loved animals, especially his dog, Ollie.

He was preceded in death by his parents Allen and MaryAnn Wood and Debra Darling.

A Celebration of Life will take place October 15 from Noon to 4 at the Seaside American Legion. If anyone wants to make a memorial contribution in Jeff’s memory, please donate to the Clatsop Animal Shelter or the charity of your choice.