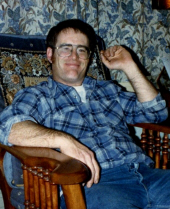 Jerry Carter, born on June 16th 1952 to George and Delilah Carter in Susanville, CA. Jerry an only child, moved with his mother when he was 17 to his grandfather's farm in Westport, OR where he learned many skills and interest such as forestry, geography, fishing, hunting and construction. Jerry relocated to Astoria, OR where he volunteered as a firefighter and worked as a construction worker around the county. He eventually became a surveyor with Clatsop County for 25 years, which was a job he took great pride in and went on to publish several articles about his work. He married Patricia King, September 27th 1988, he loved her son Jason as his own (from a previous marriage) and adopted him at the same time. The very same day they received the adoption certificate in the mail, they learned of another surprise on the way, their daughter Nancy. They divorced years later, but always remained close friends. Jerry celebrated sobriety in 1987 where he and his family enjoyed events and fellowship with their new found friends. In 1993 Jerry had an accident resulting in him being disabled in one arm but never let that stop him from being a devoted father, solid worker, supportive friend and lover of the outdoors. Jerry loved hockey (especially the Winter Hawks) and could not be disturbed during Stanley Cup Play Offs. Jerry met his wife Annette Welk in sobriety where they always had a loving friendship and choose to make that friendship a marriage on September 21st 2006. Unfortunately, TIA's (mini-strokes) took their toll and he became totally disabled due to a second major stroke in February of 2016. His loving wife, children and caregiver cared for him his remaining years. He passed away on his 10 year anniversary with Annette with both her and his first wife, Patricia at his side. Jerry is survived by his wife Annette Carter, son Jason Carter, daughter Nancy and her husband Wesley Cordova, stepchildren Branden Welk and his wife Annie, Nathan Dahl, Cassie and her husband Jesse Murphy, and Annallese Oswald. He also had many grandchildren that he adored. There was a viewing held on Monday September 26th at Hughes-Ransom Mortuary and there is a Celebration of Life scheduled for Friday, September 30th, 2016 at 6:00 pm at the United Methodist Church on 679 South Main St in Warrenton, OR. Thank you for visiting hughes-ransom.com to share memories and sign the guest book.