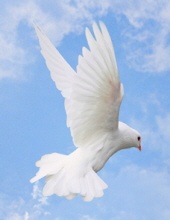 John Banta was born to George and Anna Banta at the family home in Olney on Dec. 21, 1929, one of seven children. During his childhood the family moved to Warrenton, then Seaside, where he worked the family farm. During his young adult years, he seined fish with horses on the Columbia River, worked as a cowboy on a ranch in Wyoming, then moved on to Arkansas to work on an oil rig. He was a jack-of-all-trades, and could magically fix anything that was broken. He enlisted in the U.S.Army and served as a medic during the Korean War. After his return he started his logging career, which lasted until his retirement. He married his life love, Sally, on May 1, 1954. She passed away after 65 years of marriage on April 12, 2019. His real passions were his family, riding his tractor on his 10 acres and traveling with Sally throughout the Northwest and Alaska. John loved to share stories of his life with his children and grandchildren. He never ran out of tales to tell. John was preceded in death by his wife, Sally, his brother, Fred, and his sister, Lavina. John is survived by his five children, Jane, John (Jo), Lee (Teri), Susan and Mary; eight grandchildren; six great-grandchildren; brothers, Elmer, George and Bobby, sister, Wanda (Sis); brother and sister-in-law, Mike and Leslie Honan; sister and brother-in-law, Patricia and Jeff Ross; and a large extended family.