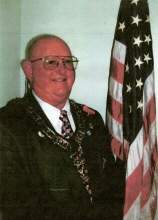 June 19, 1941 - December 27, 2015 John Beneke, 74 years, passed away peacefully on December 27, 2015 at the Seaside Hospital after spending Christmas with his dear wife Joan by his side, and surrounded by his children Carey, Kristen, Steve and Jef and their families. John Carlton Beneke was a proud local and lifelong resident of Seaside and Gearhart. He was a generous, loving and loved husband, father, grandfather and uncle with an amazing spark for life. He was born at St. Mary's Hospital in Astoria on June 19, 1941 to Carl and Helen Beneke. He was an athlete and especially loved baseball. John was a member of the 1956 West Coast Connie Mack World Series Championship team. John graduated from Seaside High School in 1959. He was a contractor and builder who volunteered first for the Seaside Volunteer Fire Department, and then for the Gearhart Volunteer Fire Department for more than 25 years. John retired from the Seaside School District. Many remember John from Seaside Kids as a coach, parent and stringent official. John was a member of the Seaside Elks for 53 years, where he held positions as a five-year trustee, treasurer and Meadowood chairman. He was Officer of the Year in 2008-09 and 2011-12, as well as Elk of the Year 2013-14. John married Florence Chisholm in 1962 and was father to three children; Carey, Kristen and Steve Beneke. John married Joan Van Arsdall in 1984 and was pop to Jef Van Arsdall. John loved being outdoors and enjoyed golfing, hunting in the Coast Range and Mt. Emily, fishing at East Lake, clamming in the Gearhart surf and sharing a cold drink and a warm meal with good friends. He enjoyed vacationing with his wife Joan in Maui and wishes to have his ashes spread in Maalaea Bay in Maui. His family and many dear friends will miss him. John Beneke is survived by his loving and devoted wife of 31 years, Joan Beneke; daughter Carey Beneke and grandchildren Cody Witham, Kristen and Kira Hensley; daughter Kristen (Beneke) Pestridge, son-in-law Simon, and granddaughters Grace and Claire; son Steve Beneke, daughter-in-law Rachel, and grandchildren Maya and Samuel; son Jef Van Arsdall, daughter-in-law Raeann, and grandchildren Delaney and Mason; and mother-in-law Janet Dutton. A memorial service will be held at 1:00 p.m. on Saturday, Jan. 9, 2016 at the Seaside Elks Lodge # 1748 324 Avenue A. Donations can be made to Camp Meadowood Springs or the Elks Scholarship, in care of the Seaside Elks.
To order memorial trees or send flowers to the family in memory of John Carlton Beneke, please visit our flower store.