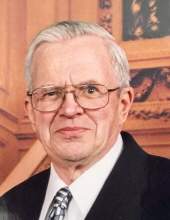 John Eric Larson, born in Astoria OR on July 9, 1940, died of a heart attack on March 23, 2021 at his home in Naselle WA. He graduated from Astoria High School in 1958 and from Clatsop Community College in 1979. After high school he worked as a glazier and in 1968 joined the Tongue Point Job Corps as a security officer. John taught first aid and CPR and was the Job Corps National Staff Member of the Year in 1988. In 2012 he was honored for his role in saving the life of a teacher who had a heart attack. John was in the Tongue Point Volunteer Fire Department for over 30 years and retired from the Jobs Corps after 45 years as their longest serving staff member.

After retirement John moved to Naselle WA where he enjoyed taking care of his property, visiting with family and friends and having coffee with his buddies in Astoria. He also enjoyed taking cruises with his good friend Starlette Gatens. He was a longtime member of the Elks, an enthusiastic supporter of Ducks Unlimited and an avid coin collector. John is survived by his sisters Judy Aslakson, Joanna Larson and Janice Prichard and her husband Dennis, as well as three nieces, one nephew, two grandnieces and five grandnephews.

There will be no funeral service, but an informal gathering in John’s memory will be planned for a later time.
To order memorial trees or send flowers to the family in memory of John Eric Larson, please visit our flower store.