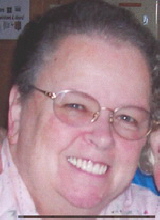 Kathleen Inez Zilmer, 67 years of age and a lifetime resident of Altoona, Washington died on Monday, October 22nd, 2012 at St. Johns Medical Center in Longview, Washington. She was born November 21st, 1944 in Astoria, Oregon to Harold Heiner and Bernice (Lawson) Heiner. She was raised in Altoona and attended school in Rosburg, Washington. Kathy married Don Zilmer on January 16th, 1976 in South Dakota.
Like her Indian predecessors, the Chinook and Quinaults, the river was her life. She loved to watch ships, tug boats and barges pass her riverside home, determined to live out her life there, and she did. Kathy was a wonderful mother, grandmother and friend.
Also known as "The Honey Lady", her daughters described her as being soft as a lamb with the heart of a lion. Above all, Kathy loved her husband, children, grandchildren and friends. They were as precious as gold to her.
Kathy loved going fishing in their boat, cooking, playing cards and going to the casino. She and Don would have a "date night" every Friday night, which consisted of going shopping and ending the evening at one of their favorite restaurants, the Golden Star or the Chinese Gardens.
Kathy worked all her life. Raising kids and working numerous jobs consisting of; waitressing, the Shirt Factory, owning her own store 'Greens and Things' and also as a Deputy Register for the Department of Licensing.
Kathleen Inez Zilmer is survived by her husband Don Zilmer of Altoona, her daughters; Debby and Denise, her brother Doug Heiner, her step-daughters; Monica, Melanie, Deann and Terry, her step-son Steve, grandchildren; Greg, Deana, Ryan, Nick, Derek, Gabe, Carmen, Tasha, Amy and great-grandchildren Isaac, Rylan, Morgan, Alex, Maddie and nephews; Scott, Dale, Douglas, David, Ricky and Willie. Kathy was preceded in death by her parents and step-son Wayne.
Funeral services are scheduled for 1:30PM Saturday, November 3, 2012 at Hughes-Ransom Mortuary, located at 576 12th Street in Astoria, Oregon with Pastor Richard Ballif officiating. Interment will take place at Ocean View Cemetery in Warrenton, Oregon. A potluck will be held to conclude the services at Valley Bible Church, 4723-SR-4, West in Rosburg, Washington.
The family would like to thank all of Kathys close friends and relatives who gave so much love, friendship and support to her throughout the years.
To order memorial trees or send flowers to the family in memory of Kathleen Inez Zilmer, please visit our flower store.